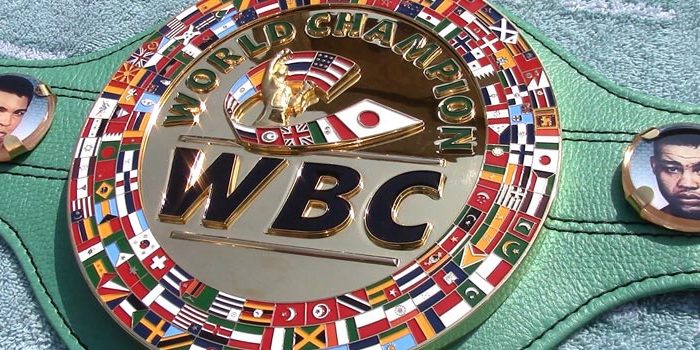 The former world title challenger from the Congo, Ilunga ‘Junior’ Makabu and Nigerian Olanrewaju Durodola, will clash on March 30, for the silver cruiserweight title of the World Boxing Council, in Kinshasa, Capital of the Democratic Republic of the Congo.

The winner of this bout, in addition to taking home the prestigious WBC Silver title, will be recognized as the best cruiserweight in all Africa.

Makabu comes back from defeating Georgian Giorgi Tevrashvili in December, while Durodola is coming back from knocking out Congolese Maroy Sadiki.

At that meeting, in the official residence of Governor Abbot, Mauricio Sulaiman presented the programs that the WBC have been implementing in various cities around the world, both in sports and social issues. He stated  the great potential that boxing has,  in helping different areas of development throughout society.

There’s the economic trickle down effect  from the turnover of big boxing cards, such as the one that will take place on March 16 at the AT&T Stadium in Dallas, Texas, where the WBC Diamond Belt will be contested between Mikey Garcia and Errol Spence.

At the self same time, it is very important to promote amateur boxing for children and young people,  in order to encourage  competitively or simply as a beneficial form of exercise.

The World Boxing  Council President expressed to Governor Abbot the full and comprehensive  support of the WBC  to implement the programs: WBC fitness boxing, the WBC Amateur tournament, the RING program, Boxing for Reintegration, boxing school with children from both sides of the border (Two Nations One Dream), as well as Boxing with Values ??(BoxVal). This is a program that the WBC coordinates  with the Scholas Foundation of Pope Francis.

Mauricio Sulaiman presented the Governor with a commemorative glove manufactured by Mexican artisans from “Locos por el Arte” and a special Cleto Reyes Glove adorned with the State of Texas flag. Also, Governor Abbot was presented with a WBC Champion Belt commemorating this historic visit.