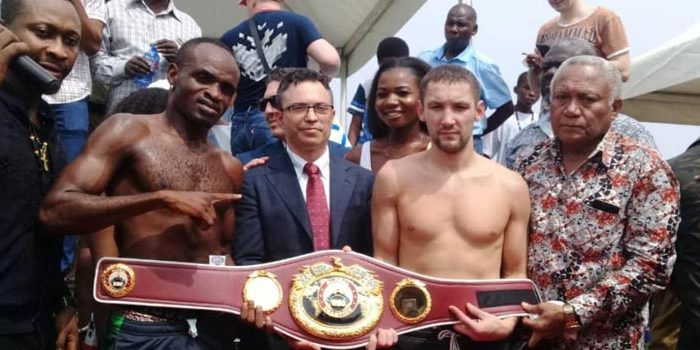 The weights have been made for “Asamoah Gyan Fight Night 2,” set for this Saturday, February 23 at Bukom Boxing Arena in Accra, Ghana.

In the main event, Ghana’s Emmanuel “Gameboy” Tagoe takes on Russia’s Vyacheslav Gusev in a 12-rounder for the WBO Global and IBF International lightweight titles. 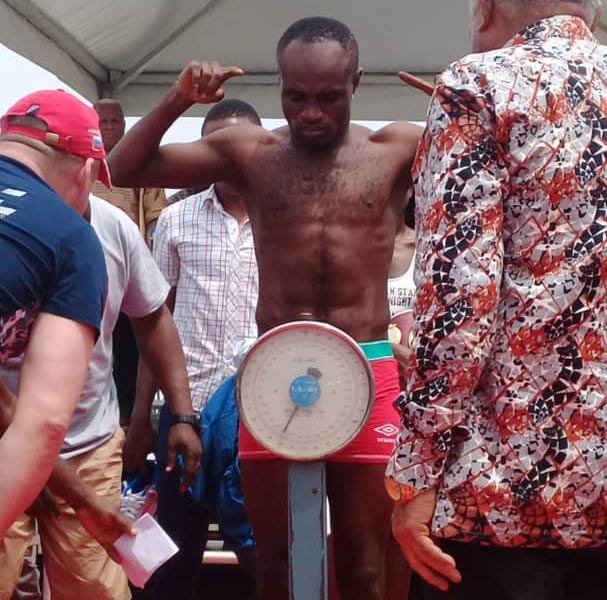 Both fighters weighed in at 136-pounds initially and were given time to shed the weight. Tagoe and Gusev reappeared shortly thereafter and came in at the lightweight limit of 135. 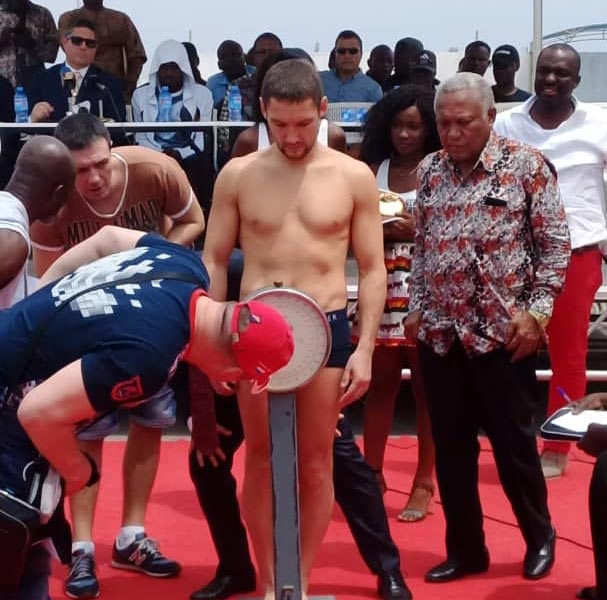 According to Tagoe, this will be his last bout in Ghana for the foreseeable future. Last December, the former minor world titleholder signed with New York-based promoter Lou DiBella’s DiBella Entertainment and is expected to relocate to the Big Apple for future bouts in the US.

Friday’s weigh-in drew a number of people, among them newly-crowned IBF lightweight world champion Richard “RC” Commey who, despite chatter of a rivalry between he and Tagoe, came to show support for his countryman. 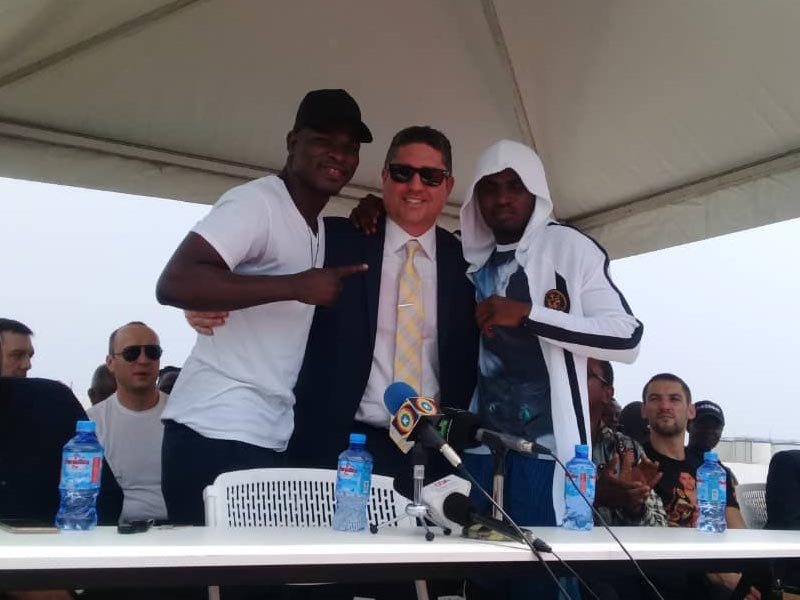 Commey, who is also signed to DiBella Entertainment, is expected to be sidelined for at least six weeks as he recovers from a procedure on his right hand. Ghana’s only world champion says he’d rather not face Tagoe, not out of fear, but because he believes Ghana needs more world champions and his dream is to see Tagoe land one as well.

In the chief support, undefeated light heavyweight—and conqueror of Braimah “Bukom Banku” Kamoko—Bastie Samir of Ghana takes on Lokossou Raoul of Benin in an eight-round contest. 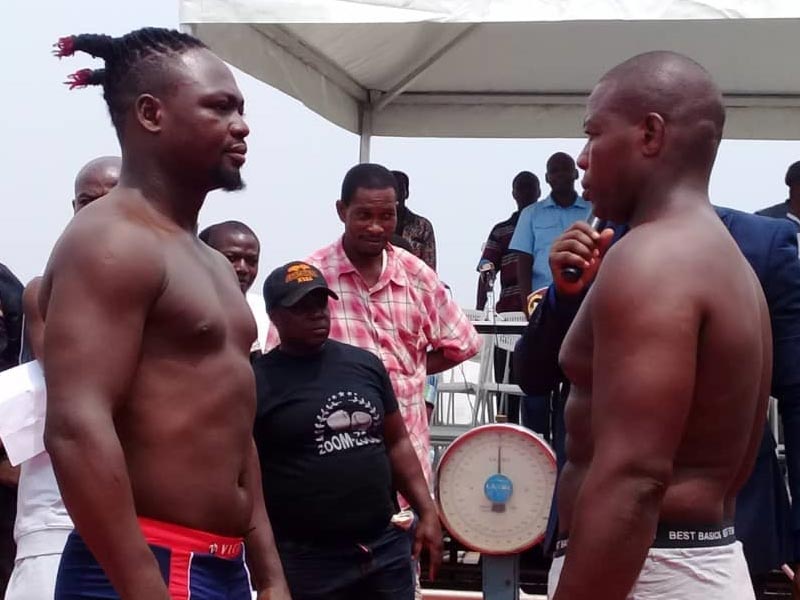