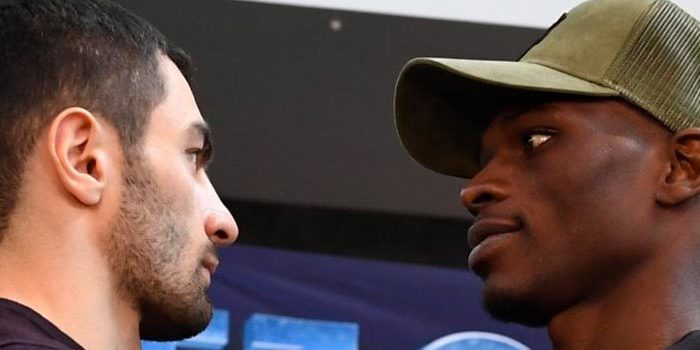 Commey takes on the highly rated Russian, Isa Chaniev in a bout that is chief support to Eleider Alvarez’ rematch with Sergey Kovalev for the WBO world light heavyweight title. Both fights are set to be explosive affairs with the winners moving on to massive fights in 2019.

One of those fights is a potential world lightweight unification clash between Richard Commey and Vasyl Lomachenko. Commey opened up about the Chaniev fight and his plans for the remainder of 2019.

The Ghanaian said, “I am not looking past the job I have to do in beating Chaniev. Chaniev is a good fighter, but I believe I am at the top level, and you will see that on Saturday night.”

Commey continued, elaborating on the questions surrounding a possible clash with Vasyl Lomachenko.

He said, “I am not overlooking Isa Chaniev. I have given my all in this camp to make sure I become champion of the world.

“Of course I would like to fight Vasyl Lomachenko. It would be an explosive fight that I know I can win.

“I believe we are the best lightweights in the world. I can think about the Lomachenko fight after my victory on Saturday night, but not until then.”

Commey has been tucked away in his Brooklyn base with legendary trainer Andre Rozier in the lead up to this fight. The African puncher opened up about camp and gave a prediction for Saturday evenings contest with Chaniev.

Commey said, “Training camp has gone perfectly, I’m in the best shape of my life and I’m ready to go and make a statement.

“Training with Andre Rozier and mixing with World Champions every day has brought the best out of me and you will see that on Saturday night when I become world champion too.”