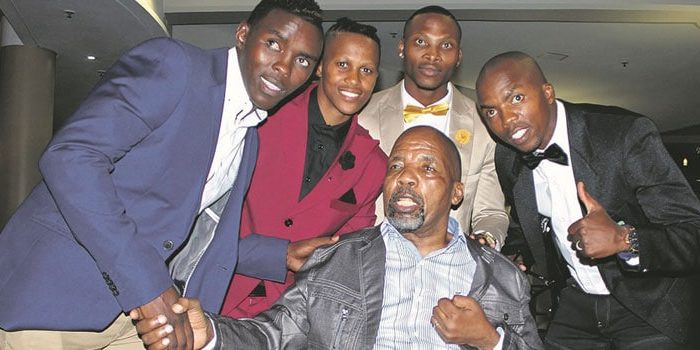 Wheelchair-bound former ace boxing trainer-manager Mzimasi Mnguni is back St Dominic’s Hospital in East London‚ where he was admitted two weeks ago.

The 70-year-old Mnguni is apparently seriously ill‚ though still able to speak.

St Dominic’s Hospital is where Mnguni was admitted in 2012 after escaping death when his Land Rover collided head-on with a bakkie‚ leaving two of the three occupants of the vehicle dead.

The accident happened on Black Road between Mdantsane and East London. Mnguni was admitted at St Dominic’s and he spent two weeks there.

He suffered cuts from broken windscreen and was complaining of severe chest pains. A few months later Mnguni suffered stroke and was paralyzed from the waist down.

“I am not well‚” Mnguni said in a coarse voice‚ which seemed to come deep down his belly‚ speaking to TimesLIVE on Thursday.

“There were complications after my heart attack and stroke.”

Mnguni – whose poor health‚ including several strokes‚ has turned him into a pale shadow of the onetime giant – is based at Vincent Heights‚ which is an affluent suburb in East London.

A successful businessman who owns Mdantsane Hotel‚ he was presented two Lifetime Achievement Awards – one by Sports Minister Fikile Mbalula in Durban in 2017‚ and another by Mbalula’s successor‚ Thulas Nxesi‚ at Boardwalk Casino in Port Elizabeth last year.

Mnguni was assisted in producing champions by his nephew Welsh Mnguni and former South African junior flyweight holder Mveleli “Laciar” Luzipho. They have since passed on.

Mnguni produced more than 10 greatest world champions from 1990‚ mainly IBF holders. That New Jersey-based sanctioning body is one of four major organizations (WBA‚ WBC‚ WBO and IBF) that are recognized by the International Boxing Hall of Fame.

Bungu made 13 defenses of the IBF junior featherweight belt before relinquishing it to challenge “Prince” Naseem Hamed for the WBO featherweight title – a bout he lost in the UK.

Mnguni’s boxers were promoted by Rodney Berman and his partner Cedric Kushner. Mnguni and Berman’s first world champion was Ncita who won the same IBF strap against Fabrice Benichou in Tel Aviv‚ Israel‚ in 1990.

Mnguni’s younger brother‚ Sihle‚ who is still keeping the fires burning at the family gym said: “Yes Bra Mzi [as he is fondly known in boxing circles] is at St Dominic’s Hospital.

“Look‚ Bra Mzi is on and off. He has got pains in his body which is a result of the stroke. It is a natural thing for an elderly person who suffered stroke.

“Remember his left hand side is not working at all and even his right is not perfect. He is like a bed-ridden person.

“There are times where there will be pains in the body‚ which requires check up by doctors.”