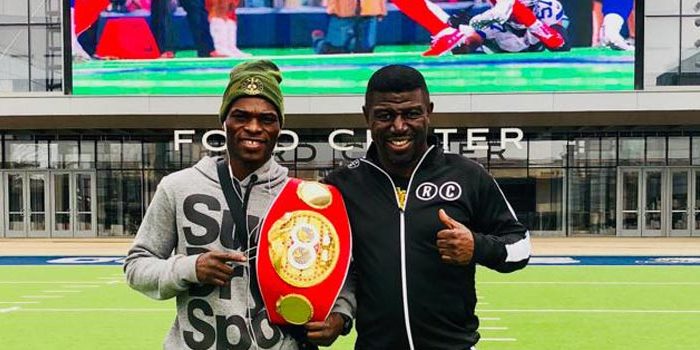 Commey, 28-2, 25 KOs dropped Chaniev, 13-2 (6 KOs), with a crunching right hand in the first, knocked him down again with an uppercut in the second, and followed up with a flurry to secure the TKO.

Lomachenko-Commey is to take place April 12 at Staples Center in Los Angeles, California. However, Commey suffered an injury to his right hand during the first round of the Chaniev bout, which could delay the unification match versus Lomachenko.

If so, the bout could occur in May or June, depending on the extent of Commey’s injury. When it does take place, the Ukraine-born, two-time Olympic gold medalist would be a heavy favorite over Ghana’s Commey. However, following this latest performance, insiders are starting to believe that Commey may be the man to unseat boxing’s pound-for-pound king.

Arum, who promotes Lomachenko, said, “This guy is very, very competitive with Lomachenko. He hits like a mule, he’s a big guy. Loma will embrace this kind of challenge because it is a challenging kind of fight. This guy can really hurt you, a big puncher. Loma is going to have his hands full, but that’s what he wants.”

No doubt, Commey has opened the eyes of those who may have written him off following successive disputed split decision defeats in 2016 to Robert Easter Jr. and Denis Shafikov, respectively. The latter occurred in Shafikov’s native country, Russia. Commey-Easter was for the vacant IBF strap then–the belt Commey holds now. And if his latest performance is any indication, he won’t be letting it go anytime soon.