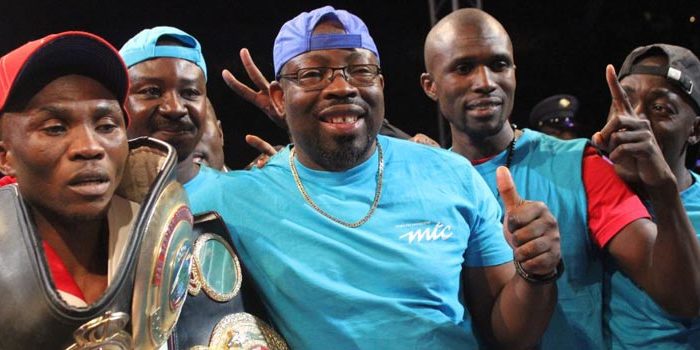 WINDHOEK – The hits keep coming for the serially-troubled Namibia Professional Boxing and Wrestling Control Board (NPBWCB).

New Era Sports is in possession of a letter drafted to the country’s boxing promoters, signed by the board’s president Ellison Hijarunguru.

The letter states that the board at its (undated) last ordinary meeting, has resolved to suspend with immediate effect all professional bouts billed for the period under review until the end of the fiscal year (April 2019, to be precise).

It has been established that this harsh decision is subsequent to directives from the portfolio ministry that it has undertaken to apply breaks on all funding towards professional boxing for the remainder of the financial year until the situation improves.

As a result, the board has been gravely hamstrung and will not be able to sanction any further bouts under its jurisdiction until the situation has been normalized.

The latest twist has essentially placed this coming weekend’s much-anticipated National Junior Middleweight title bout between Charles Shinima and Mendu Kaangundue in jeopardy. The title bout is billed for the A. Shipena Secondary School Hall in Katutura, on Saturday.

“That’s news to me. I’ve been in constant contact with the board over the last couple of weeks and they did not mention anything in that regard,” responded MTC Nestor Sunshine promoter Nestor Tobias when quizzed about the unfolding scenario.

In the interim, it has come to light that the “harsh” decision to ground professional boxing activities has been self-inflicted, following the board’s habitual failure to submit audited financial reports to the country’s presiding sports body, the National Sports Commission (NSC).

“This is a bizarre decision,” fumed a boxing official who requested anonymity for professional reasons.  “It just does not make any sense and whoever took such a decision needs to re-examine their decision. The board has absolutely no right to suspend boxing activities without consultation with the role players in the game, in this case promoters.  It’s a clear demonstration that these blokes have no clue about the dynamics of professional boxing, which amounts to incompetence, consequently disqualifying them from holding such high office. I mean, boxing activities were what bring in money for the local boxing board and if they now decide not to sanction any events, it will definitely cripple their operations. Sanctioning fights in the meantime while they sort out their funding issues appears to be the only logical thing to do, as a bit of money will at least still be coming in.”

Former Chief Administrator of NPBWCB, Joe Kaperu, also weighed in with jabs at his former bosses.

“It’s totally unethical from the board’s side because this is tantamount to sabotaging government’s efforts for job creation,” said Kaperu. “The board is the regulatory body and should guard against overstepping their boundaries because they have no authority whatsoever to suspend boxing programs that are already in motion.”

It has also emerged that things are going from bad to worse within the corridors of the country’s presiding boxing body to the extent that it does not even have proper office space whilst the board’s long serving secretary, Janine van Wyk, has reportedly not received her monthly salary since December last year.