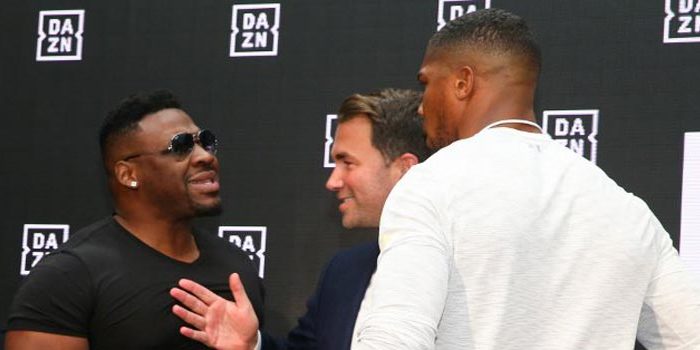 Promoter Eddie Hearn says there is a “strong possibility” Anthony Joshua will make his American debut against Jarrell Miller in New York.

Heavyweight champion Joshua – who holds the IBF, WBA, IBO and WBO titles – had a Wembley date secured for April 13, yet negotiations for fights with Deontay Wilder and Dillian Whyte have not been successful.

The Briton appears to instead be looking towards a trip to the United States, with Hearn in talks over a bout potentially held at Madison Square Garden.

He insists terms have not been agreed for a deal with Miller at this stage but an agreement for Joshua to head to New York – along with other British stars – is in the works.

“Looking at the Miller fight, New York is something that we didn’t expect,” Hearn told Sky Sports. “But as we talk more about it, as we speak to great venues like Madison Square Garden, it’s starting to sound quite special.

“It’s not just that fight, but also creating a weekend in June for British fight fans to remember for a long time. We’re stacking the card with major championship fights for the young British talent, for established British talent as well.

“We’re not done with Jarrell Miller. We have deep talks progressing now. There is no deal yet, but right now, that looks like a strong possibility.”

And Hearn is hopeful an announcement will be made soon.

“AJ wants to know what he’s doing,” he added. “Hopefully by the end of this week, the weekend, we could be in a position to announce his next fight.”