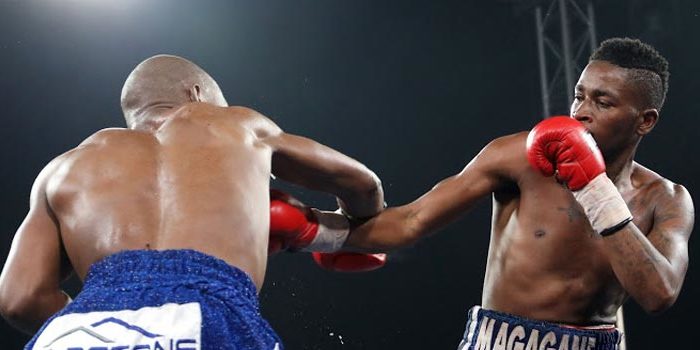 Jeff Magagane from Gauteng appeared rather fortunate to beat Tello Lithebe of the Free State on a split 12-round points decision, to claim the vacant WBA Pan African featherweight title, at the Carousel Casino in Hammanskraal on Friday night.

The 34-year-old Lithebe (57.15kg), which is his birth name, normally fights under the name of Dithebe. He was the aggressor throughout against the southpaw Magagane (56.95kg).

There was very little in it for the first two rounds but Lithebe did enough to take rounds three, four and five.

The taller Magagane, 27, who had dropped two divisions to take this fight, used his height and reach at times to score and did well to last the distance as Lithebe came on strong in the last two rounds.

In a poor and untidy fight, Sibusiso Zingange (58.00kg) from Pretoria won on a split decision over Sebastian Nataneal (57.75kg) of Namibia to take the vacant WBA Pan African junior-lightweight title.

Zingange (13-3-2; 3) had a point deducted for holding in the second round by referee Tony Nyangiwe and was fortunate not have further points deducted as he spent most of the rounds leaning on, pushing and holding Nataneal.