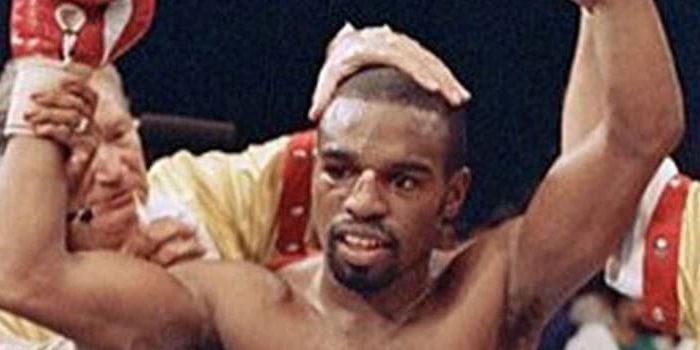 When former super-featherweight champion Rocky Lockridge retired from boxing in 1991, his greatest foes were out there beyond the ring, waiting for him.

By 2009, Mr. Lockridge was broke, battered by substance abuse, and debilitated by a stroke, and his nickname among the people who congregated outside a Camden liquor store where he hung out only hinted at his legacy. They called him “Champ.” But thanks to a large network of fans, strangers, and family, and an appearance on the A&E reality show Intervention, he left the streets and lived sober for the last decade.

Mr. Lockridge, 60, died Thursday morning, Feb. 7, at his caregiver’s home in Camden due to complications from a series of strokes and pneumonia.

“He had a good heart, and he brought himself back up from the bottom,” said a friend and former sparring partner, Perry Dawes, who said he spent the last week by his side.

Rick “Rocky” Lockridge was born and raised in Tacoma, Wash. His large extended family lived close to the Tacoma Boys Club, and that’s where he fell in love with boxing and, according to one family member, met Muhammad Ali.

“He excelled at boxing at a young age,” said James L. Wilkins, his half-brother.

Mr. Lockridge’s defining moment as a boxer came in 1984, when he scored a first-round knockout of then-undefeated Roger Mayweather in Texas for the World Boxing Association’s super-featherweight championship. He won the International Boxing Federation junior lightweight title in 1987. He was an underdog in both matches. During his career, he suffered losses via decision to the likes of Julio Cesar Chavez and Wilfredo Gomez.

“He had both speed and power. He trained himself up to be powerful,” Dawes said.

After his retirement, Mr. Lockridge said, his entourage split up when the estimated $3 million he earned dried up. Mr. Lockridge, who once lived in Mount Laurel and trained at Joe Frazier’s North Philadelphia gym, lived with a wife and two sons in Tacoma, but later moved to Camden, where he struggled.

Bobby Toney, an Audubon, Camden County, resident and amateur boxer, said that Mr. Lockridge was his hero as a child, and that after reading about his plight, went to look for him in Camden. For the last decade, the two remained close, and Toney said “Rock” taught him to fight, not just box.

“Rocky had a way to make an ordinary person feel extraordinary,” Toney, 45, said Thursday. “When I came to Rocky, I was depressed and wanted to kill myself. He saved my life. I kind of returned the favor.”

In 2010, Mr. Lockridge appeared on Intervention, thanks in part to the Retired Boxers Foundation. In the show, a subject with substance abuse issues is given a choice to seek help. Mr. Lockridge’s episode went viral on YouTube for the amount of emotion he showed when confronted by his sons. He chose sobriety.

“He made up his mind that he was going to conquer his addictions,” said Jacquie Richardson of the Retired Boxers Foundation. “He got his own apartment. He carried on a life drug-free.”

In 2012, Mr. Lockridge was honored with a plaque at the Atlantic City Boxing Gala. Toney said that night felt like the crowning moment for Mr. Lockridge. He had another stroke shortly afterward.

“When we first walked in the casino, everyone was taking pictures and asking for his autograph,” Toney said. “It probably made him feel so good that so many people remembered that. I’m glad he got a chance to feel like a champ again.”

In addition to his half-brother, he is survived by sons Ricky and Lamar, and many siblings and half-siblings.

A memorial is being planned, Richardson said, and the New Jersey Boxing Hall of Fame has offered to pay for funeral expenses.