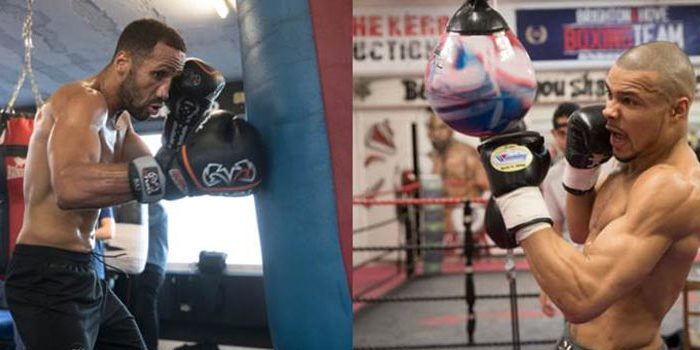 The event is promoted by Poxon Sports and presented by Premier Boxing Champions. Joyce-Stiverne is promoted in association with Ringstar Sports and Don King Productions. The doubleheader will air live in the U.S. exclusively on SHOWTIME and on ITV Box Office in the U.K.

Here’s what the fighters had to say from their respective media days at Stonebridge ABC in Wembley and at Brighton and Hove ABC in Kings Esplanade:

“Come February 23rd the smile will be wiped off his face. He’s all show. If I’m honest, if his surname was Smith, you wouldn’t know who he was. He’s riding off his dad’s name. There are levels in boxing and I’m on a level above him. Come fight night, it’s going to be a schooling. Eubank Jr is gonna get schooled. I’ve dubbed this a ‘retirement’ fight. When he loses, he’s finished, he’s done. This will be his last fight.

“I’m so excited about this fight. I’ve been training for a long time and I’m feeling great, feeling focused and ready to do battle. The last couple of years, injury wise, have been very frustrating for me. But now, I can honestly say that I’m feeling great. I’m going to put in a fantastic performance against Chris. Come February 23rd it’s going to be a fantastic night and a fantastic victory for me.

“I’m a London boy through and through. I was raised in Harlesden and I’m proud of my city, proud of where I’m from. So, it will be good to go back to The O2 and put on a fantastic performance for the fans. I can’t wait.

“It’s been a successful and enjoyable career for most of the time.  I’ve lived the dream and done everything in boxing but sometimes it feels like I don’t get the credit I deserve.

“Look at my career; from being the 80-1 underdog at the Olympics and winning gold through to becoming British champion, European champion, and then becoming the first in Britain to win a gold medal and a world title.”

“He’s the type of fighter who rises to the occasion.  If he’s got someone he doesn’t respect or fear, then that shows in his performance. He respects me and knows what is coming, so he is going to be on form.

“He’s had some hard fights, that’s for sure. It is one of those things – a fight like this especially against me – could be career ending.

“I’m relentless, I don’t stop. Volume, speed, power, it is all a dangerous combination, and he knows that.

“But the fact he knows that is why we’re going to see the best James DeGale we’ve seen for a long time.

“He knows I’m a livewire and that I’m dangerous; he knows being ill-prepared is dangerous for his health. I don’t think he’s going to put himself in that position.”

On his new McLaren car…

“I had a Bentley last year and the McLaren this year. I guess I just needed something faster this time around. I always said I would learn how to try one of giant trucks my dad drove but, for now, a sports car is more my style.

“I am not thinking about losing, it is going to go my way.  Boxers should not be compared to footballers, to fight for a living is the hardest and most noble and tough way to earn a living. I think we earn the right to enjoy life. Anyone who works hard should be able to buy what they want but you must be smart with it.”