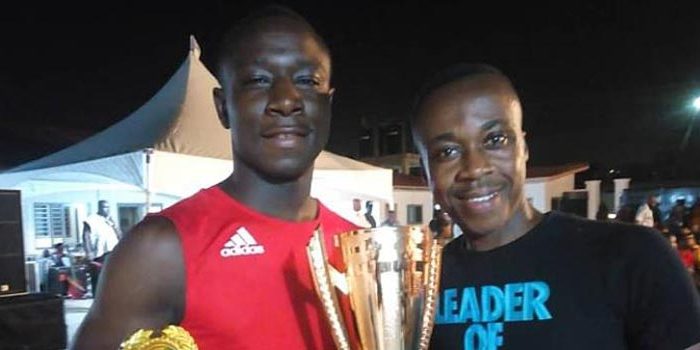 The eighth edition of the Bukom Fist of Fury Boxing League was held on Friday, February 15, at the fore court of the Osu Mantse Palace in the memory of two boxing officials who have passed on.

He advised the boxer to work hard, be disciplined and take their spiritual lives seriously in order to achieve success at the highest level.

The event officials all wore red strips of cloth around their arms to honor the memory of their deceased colleague, Rosemary Ametepe and Ben Tawiah who passed away. This unfortunate event happened on 30th January 2019.

The evening’s bouts were action packed with many Black Bombers on the bill and a special bout was staged between Felix Nunoo of Attoh Quarshie Gym and Emmanuel Quartey of Bronx Gym.

The special bout between Felix Nunoo of Attoh Quarshie Gym and Emmanuel Quartey of Bronx Boxing Gym did not disappoint, with Felix Nunoo being adjudged the winner.

Spectator turnout was quite commendable and they were thoroughly entertained by the evening’s bouts and the presence of Richard Commey inspired the Boxers to give off their best.