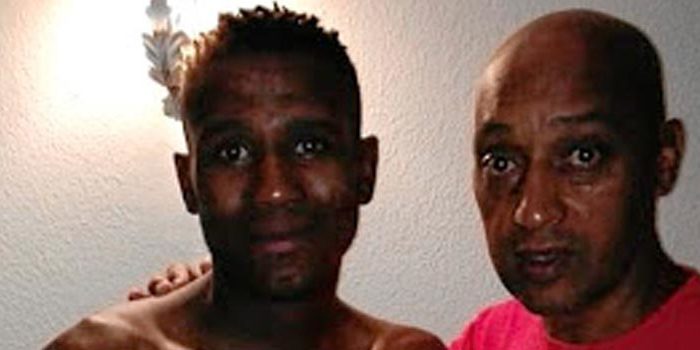 It has been a long journey – from being a ruffian to a noble pug – but ex-gang member Bernie Pailman has forcefully taken his place as one of the respected boxing trainers in South Africa.

But actually, Pailman is not only a trainer whose concern is to get boxers fit mentally and physically for action and take his due 10% of their purse monies and walk away until boxers sign for another fight.

This 50-year-old man also manages not only the boxing careers but the lives of his many charges.

It is known that the rules stipulate that a boxing licensee can only be registered for one role. Either you box, train, manage or promote fights but it is illegal to double-up.

Some licensees, especially trainers, double-up as managers. The truth must be told that it is about taking a lion’s share, 25%, of boxers’ purse. A trainer is paid 10% while the manager gets 15%, and when you do both, you smile all the way to the bank.

But many of these gentlemen do not really do what they are supposed to do in order to justify taking a lot of money from poor boxers. They do not have the foggiest idea of what managing a fighter means.

The late Nick Durandt went beyond the call of honing the fighting skills of fighters.

When he opened his state-of-the-art gym in Norwood where actors, politicians, business people and individuals trained to keep fit, a lot of his charges got jobs because he employed them as personal trainers.

They wouldn’t have to wait for their next boxing matches to earn some money. He also looked for fights for his boxers – something that many so-called managers of today cannot do.

They wait for promoters who by the way should be allowed to manage boxers to offer their charges fights. For all this, Durandt was recognised by Boxing SA as an award-winning manager in 2008.

Now it is Pailman who is doing exactly that. The man runs Beachway Motor Spares in Bosmont where he employs most of his fighters.

His former SA lightweight champion Sipho Taliwe was his sales manager. Pailman also helped the boxer from Aliwal North in the Eastern Cape to acquire a driver’s licence and Taliwe later got married.

Now Koos Sibiya is the sales manager at the same spares shop. Sibiya from Siyabuswa in Mpumalanga is now a qualified driver, married and is on the verge of completing his house in Kgabaletsane, next to Mabopane in North West.

Pailman also provides shelter for his fighters including Mukondeleli in Noordgesig in Orlando and he feeds them too.

His first SA champion was Baldwin Tshiakale and Pailman also guided Malcolm Klassen to victory for the IBO junior lightweight championship in 2016.

Just recently, Pailman turned Ronald “King” Malindi into being one of the talked about champions.

The 24-year-old boxer holds the SA and ABU bantamweight belts.

Malindi – a former top amateur – is also tipped for the Boxer of the Year award. He remains undefeated after 15 fights.