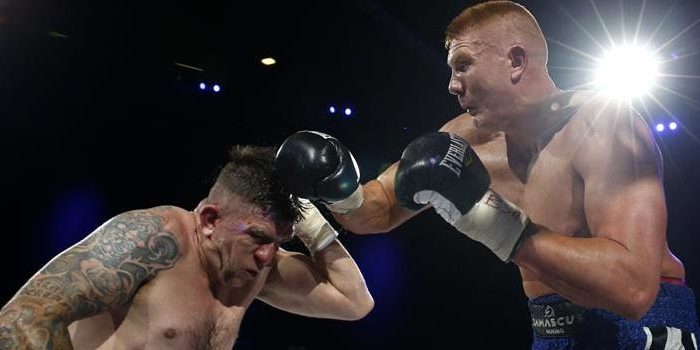 Sutherland will take on the more experienced Justice Siliga in a fight at Time Square Casino, Pretoria, on 3 February.

This comes after the Randpark Ridge resident took on top-ranked heavyweight, Ruann ‘The Giant King’ Visser in October.

Pundits did not give the less-experienced Sutherland much of a chance in the eight rounder, which was an unsanctioned title fight. But not being one to back down from a challenge, the 34-year-old took the fight to Visser for the first four rounds.

He scored many punches, earning him points from the judges and also admiration from the crowd. But accurate punches from Visser in the fifth and sixth rounds opened a cut above Sutherland’s left eye.

“I lost vision in my left eye because of the blood and twice I had to kneel because I could not see,” he said, explaining that he had to give the fight up two rounds short.

“I am quite happy to have lost the fight to Visser. I know that must sound crazy, but he felt my power, I rocked him hard.”

Sutherland has only three professional fights to his name – two wins including a knockout, and one loss.

He hopes this fight against Siliga and other fights in the coming months will earn him the chance to take on Visser again, but this time in a title fight.

Ruann ‘The Giant King’ Visser takes a hit from Luke ‘Sergeant’ Sutherland during their recent fight.

“I want a rematch with Ruann and to give him a run for his money again.”

The boxer said Siliga, while being an excellent boxer in his own right, has not fought for some time.

Sutherland thus hopes to punch hard from the get-go to knock his opponent out in the early rounds.

Sutherland’s trainer, Stephen Castle described him as a ‘thinker’. “Luke is not a big heavyweight and has had to plan and strategise to win his fights.”

Sutherland began boxing while still at high school, enjoying the discipline it instilled in him. This helped him establish himself as an electrical engineer afterwards while he put his boxing career on hold.

Only in the past few years, in his early 30s, did he take up boxing again, as Castle helped him progress from white collar boxing to professional boxing.