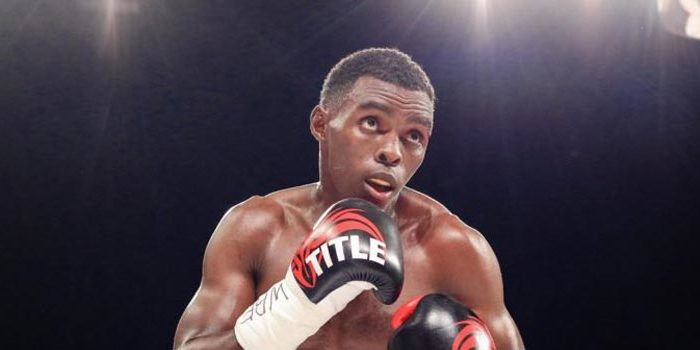 He isn’t being invited to the party with the understanding that he will have the best of times. I didn’t assert that notion to Xolisani Ndongeni of South Africa, who fights Devin Haney in Friday night’s main event on “ShoBox,” but at least a part of him has to know that, right?

However paper is a different animal than actuality. Haney has been edged up the ranks and has met some solid sorts along the way, while Ndongeni has done his thing in his native land and his foes list isn’t exactly a who’s who.

Get to know more about the underdog here:

“I grew up in East London, South Africa. I have one brother and my parents passed away in 2005 and 2006,” Ndongeni told RingTV.com. “I grew up in Duncan Village, East London. It’s very dangerous and impoverished, an informal settlement.”

The boxer, who has two kids with his girlfriend, told me how he got into boxing, “I started boxing because of my cousin; he took me to the gym. I had a 30-4 amateur record and turned professional in 2010 at 20 years old. I started at my local boxing gym; my first trainer trained me until 2014. After losing as an amateur in the National Championships, I decided to turn professional.”

“The boxing in South Africa is pretty decent. It’s tough and competitive. My hometown is like the Mecca of SA Boxing. The people love it down there.”

I asked more about Ndongeni’s route to this place. What was his toughest scrap? “(Former featherweight and lightweight contender) Patrick Malinga in 2014 was my toughest fight. It was for the IBO International lightweight title. I learned how to compose myself and adapt to very difficult situations.”

We wonder: How much adapting will he have to do against Haney, ranked No. 8 at lightweight by The Ring Magazine?

“Devin Haney is a good boxer and upcoming prospect. There’s a loud of hype around him but I’ve never doubted that I will beat him and I have all the ability to do so. There’s a lot attention on this bout – and I know a win for either fighter is big and will open doors and opportunities. I look forward to putting on a great performance and, look, I know I will be up for the next big challenges that lie ahead.”