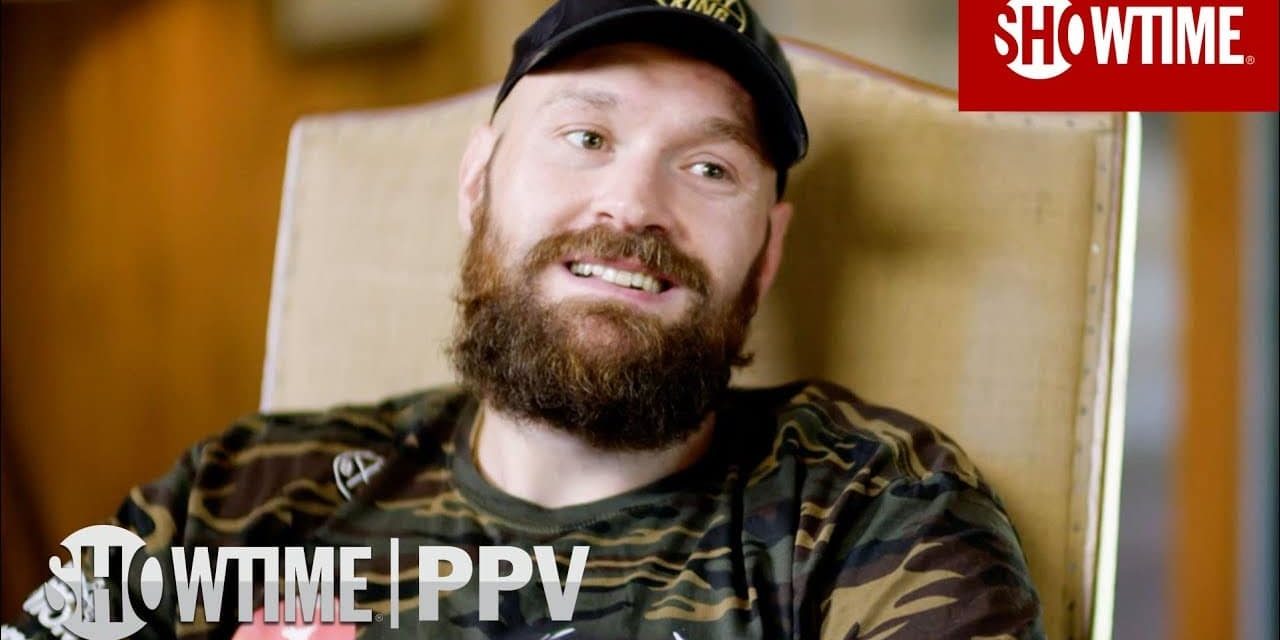 Lineal heavyweight champion Tyson Fury opened up to SHOWTIME Sports® announcer Mauro Ranallo about his years-long struggle with mental health in what Ranallo deemed the most important interview of his career. The two sat down in Big Bear, California where Fury has been training for his December 1 showdown against WBC Heavyweight World Champion Deontay Wilder live on SHOWTIME PPV®.

Fury, who shocked the world in 2015 with a unanimous decision victory over former world champion Wladimir Klitschko, details his swift rise to the upper echelon of the heavyweight division, all while battling crippling depression and anxiety that diminished his love of the sport. He recounts his apathy toward boxing leading up to the Klitschko fight and the downward spiral he endured following his historic win.

Following his win over Klitschko, Fury would fail to face his mandatory challengers and attempted to combat his mental struggles with alcohol and drugs, eventually ballooning to 400 pounds. The self-proclaimed “Gypsy King” hit a turning point in October of 2017, when he began to seek help for depression and anxiety and was diagnosed with Bipolar Disorder, which Ranallo also suffers from.

Ranallo’s battle with mental illness was recently chronicled in the SHOWTIME documentary BIPOLAR ROCK ‘N’ ROLLER, where the combat sports announcer showcases his struggles and advocates for the shattering of stigmas surrounding mental illness. Like Ranallo, Fury aims to raise awareness of his own struggles and encourage others to seek help.

“It was like having a fight in my own mind,” Fury said. “[Mental illness] is a silent killer. It is almost like carbon monoxide poisoning because you can’t see it. My calling card is to spread the word on mental health.”

Fury’s journey back to stardom began with back-to-back wins in his first two fights this past summer. He knocked out Sefer Seferi in June 2018 and followed suit with a unanimous decision win over Francesco Pianeta in August. His August victory culminated with an in-ring confrontation with Wilder, where the two announced their upcoming heavyweight blockbuster fight.

The heavyweight showdown headlines the December 1 SHOWTIME PPV live from STAPLES Center in Los Angeles (9 p.m. ET/6 p.m. PT). Wilder, who has knocked out all seven challengers of his title, will attempt to make his eighth WBC Heavyweight defense. In the third fight of his comeback, Fury has the opportunity to become a two-time heavyweight world champion.