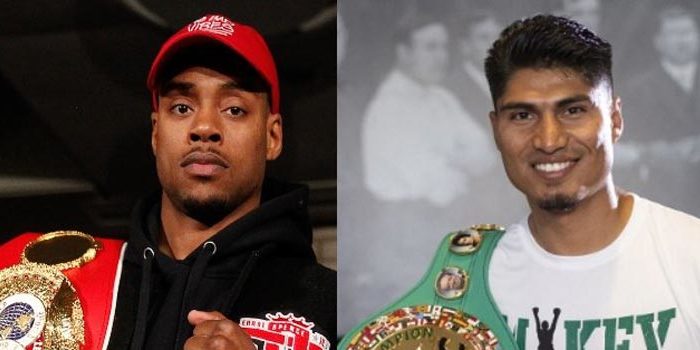 According to a report by the Los Angeles Times, the proposed showdown between Mikey Garcia and Errol Spence is heading to a date of March 16 – at the AT&T Stadium in Arlington, Texas.

It’s being reported that site deal has been reached between the venue and Premier Boxing Champions. Showtime Pay-Per-View is expected to carry the bout.

The two fighters have proved to be solid draws.

For his July unification with Robert Easter in July, Garcia brought in 12,560 fans to Staples Center in Los Amgeles. And Spence’s most recent bout sold out the Star, which holds 12,000, in Texas.

While the site has been finalized, there are still certain terms that have to be hammered down between the fighters.

Garcia took a step forward, in the direction of Spence, last month – when he vacated the IBF lightweight world title, as the sanctioning body had ordered him to make a mandatory defense against Richard Commey.

Although both boxers are viewed as pound-for-pound fighters, and Garcia is listed in higher positions on most pound-for-pound lists, Spence is widely regarded as a heavy favorite to win.

Spence is a highly skilled fighter, and he’s very big for the welterweight division. The general feeling is, that Spence’s size and skill will be too much for the very talented Garcia.