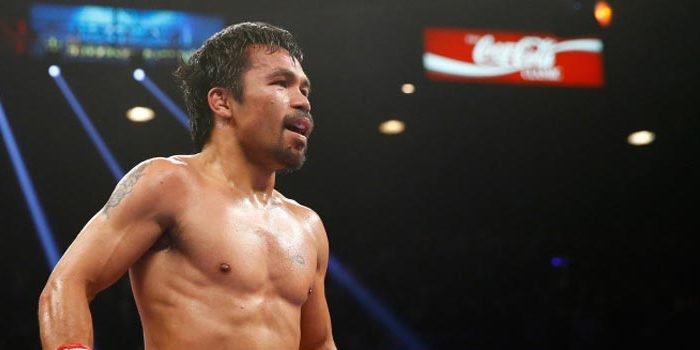 Manny Pacquiao intends to make sure it is a “clear decision” over the winner if, as planned, he faces former foe Floyd Mayweather Jr next year.

The rivals first met in the ring in May 2015, with Mayweather triumphing by unanimous decision on the scorecards following a long-anticipated bout that failed to live up to the hype.

Any possibility of a rematch seemed to disappear when Mayweather announced his retirement following victory over Conor McGregor in August 2017, leaving his professional record at 50-0.

However, Mayweather is set to make a fighting comeback, announcing in Tokyo on Monday that he will face Japanese kickboxer Tenshin Nasukawa on December 31.

Pacquiao defeated Lucas Matthysse in July and is scheduled to be in action again on January 19 against Adrien Broner, yet is already looking ahead to the chance to settle an old score in 2019.

The Filipino fighter was bothered by a shoulder injury in the first clash with Mayweather but is determined to triumph convincingly second time around.

Pacquiao, at 39-years-old, believes that he has several fights left in the tank.

He does not want to retire before getting a second crack at Mayweather.

“I will have a couple more fights left in boxing,” Pacquiao told Mirror Sport.

“First I am fighting Broner and after that there is a big possibility of the Mayweather fight. He is coming back and we are talking about a rematch but we have to deal with these fights first. We met in Japan and he said he wanted to have a rematch; not this time but maybe after the January fight. I told him I have the belt and that I am the champion.

“It will be different this time as there will be no excuses. I can’t retire with peace of mind because of the defeat. If you watch the fight, he didn’t throw many punches.”