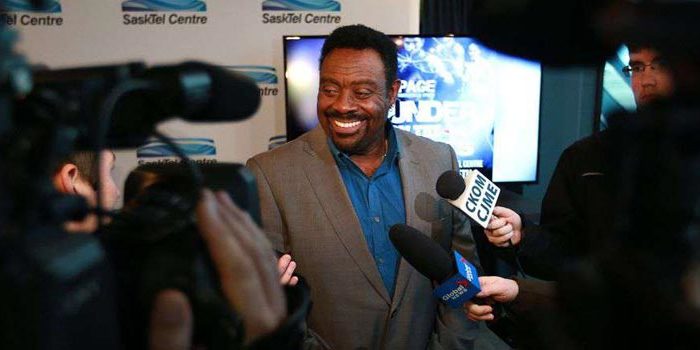 Participants range from Saskatchewan-bred fighters to those farther-flung — four teams from Calgary, two from Edmonton, four from Manitoba and a club from Kentucky.

The latter group has been raising funds since the summertime for this northern trek, which they’ll make by van, and Page will take a team of local boxers to Kentucky in the spring for a return visit.

“The more competition we have here in the province, the more people we see wanting to get involved,” says Page, who has also staged some local pro fight cards since the Athletics Commission of Saskatchewan was struck up in 2014 to sanction professional combat sports.

Page makes no secret of his desire to turn Saskatoon into a “Mecca of boxing in Western Canada,” as he put it last spring in an interview with The StarPhoenix.

An amateur, tournament-format event like the Golden Gloves plays a role in that, he says, and he hopes to turn it into an annual affair. Fighters at this weekend’s event range from age 12 up to men in their 30s, fighting in different age and weight classes.

“The goal is for Saskatchewan, for Saskatoon, to see guys when they’re little, when they first start, and progress all the way up,” Page said. “Hopefully some of these guys will make the national team, make it to the Olympics. These next two years (in the Olympic cycle) are very important years.

The doors open Saturday at noon, with the fights starting at 1 p.m., and a second session at 7 p.m. The finals begin at noon on Sunday. Page says funds raised from the tournament will be used to send local fighters to out-of-town matches.