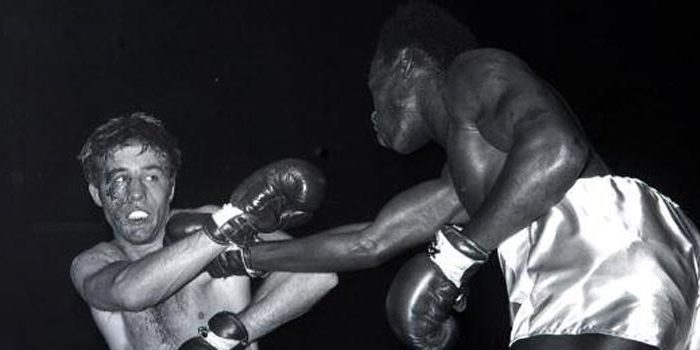 It is very saddening to learn of the death of former British, Commonwealth and European Middleweight Champion, Bunny Sterling, coming as it does only a matter of days after the passing of another outstanding Jamaican ‘Bunny’ – Bunny Grant.

Unlike his namesake, Bunny Sterling carved out his career in Britain as one of the early wave of immigrants from the Caribbean and went on to meet and often beat, some of the best Middleweights of the era including future and former World Champions, Maurice Hope (WRSC8) and Luis Rodrigues (WPTS10), and such notables as Wally Swift, Mark Rowe, Harry Scott and Kevin Finnegan, Champions all.

He also upset the applecart by going into local heroes own backyards and, against the script,  not losing eg Dane Tom Bogs (WPTS10), German Rudiger Schmidtke (WPTS10) and Aussie Tony Mundine (D15).

Despite their talents, British boxers in the ‘60s and ‘70s who either came from the Caribbean or were born to immigrant families from there were generally not as well supported as some of their indigenous counterparts so it is unlikely that Bunny received the kind of financial reward that was earned by those that followed in the next couple of decades,  such as Frank Bruno, Chris Eubank, Nigel Benn etc. His record shows almost no easy matching and the fact that he was so successful against the odds, speaks well of his character and ability, in fact, pretty bloody good for one who lost his first 3 contests.

Any analysis of his record reveals that he should be recognised as one of Jamaica and Britain’s ‘greats’ but during his active years and in retirement his achievements have tended to be undersung in comparison to many of his contemporaries.

Had he been born 10 years later he may well have won a ‘World’ Championship.

May this outstanding fighter and man rest in peace. BUNNY STERLING 1948-2018