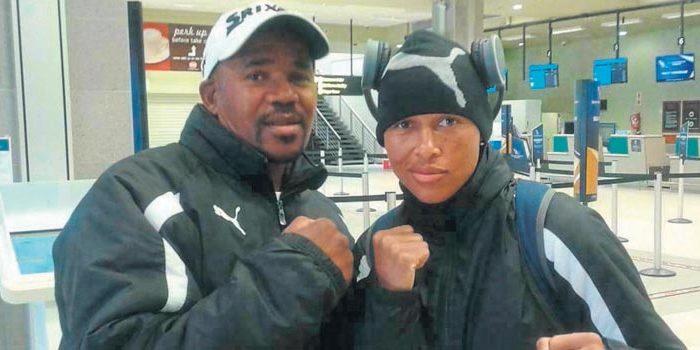 Nkebe, who was visibly excited, stated that they were over the moon that Bell had been given an opportunity to fight at the international level.

“We as the management, together with Bell, are extremely excited by an opportunity given to our boxer to make a mark at international level.

“She had taken on the best boxers in the country and managed to defend her title several times.

“Therefore, we believe that she is more than ready to fight for the world title. It is her chance to showcase her talent at an international stage.”

Bell’s first bout was against the former South African title holder, Noma Xhotyeni, whom she defeated at Walmer High School in June 2013. Bell also won her domestic title in Port Elizabeth in May 2015 to claim the national title in the junior lightweight division. In her last bout, Bell beat Ndodabayini Kholose.

Nkebe said, “We would like to thank everyone who has assisted Bell in her endeavour to make her dream of challenging for WBO title a reality.

“This includes her trainer, Caiphus Ntante, and Caiph Camp, the business fraternity, Directorate of Sport, Ward Councillor and the Walmer community, Silindokuhle Promotions and the boxing fraternity played a role in Bell’s success.”