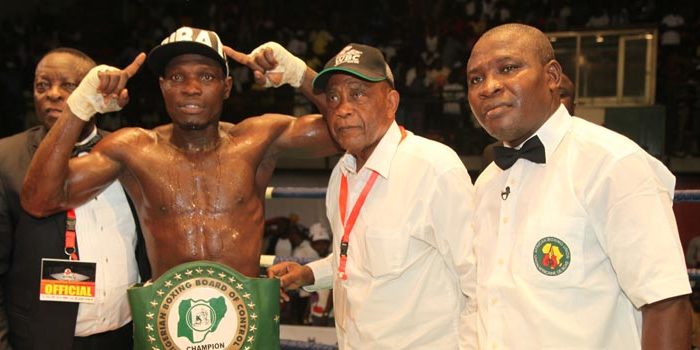 On October 20, a product of GOtv Boxing Night, Olaide ‘Fijaborn’ Fijabi will stake Nigeria pride by attempting to subdue his Senegalese challenger in an African Boxing Union (ABU) title fight in Dakar.

Fijabi had knocked out Shadrack Ignas Kobero of Tanzania to claim the light welterweight title in Lagos, and now he is optimistic of caging his Senegalese opponent in front of his home fans when they clash in Dakar.

His coach, Joe Mensah said yesterday in Lagos that though there was no information about the Senegalese opponent, Fijabi would be given the technical training he needs to do Nigeria proud in Dakar.

Before Fijabi’s trip to Senegal, Nigerian boxing lovers will be treated to another night of entertainment, as GOtv Boxing Night returns to Lagos in a bigger way with nine bouts on the card.

That is the highest number ever since the event debuted in 2014.

After the hugely successful 15th edition in Ibadan in July, the 16th edition of the GOtv Boxing Night, tagged Independence Edition, will hold on October 14 at the Indoor Sports Hall of Teslim Balogun Stadium in Surulere.

The bout card is heavy with discoveries from the last two editions of GOtv Boxing NextGen Search.

Prominent among these is Opeyemi ‘Sense’ Elijah, the best boxer at GOtv Boxing NextGen 4, who will take on Sheriff ‘Oshe’ Ogunbanjo in a super bantanweight duel.

Other fights involving GOtv Boxing NextGen graduates will see Azeez ‘Who Say So’ Tijani square up with Waheed ‘Showmax’ Shogbanmu, while Isaac ‘I Star’ Chukwudi confronts Adeyemi ‘Spirit’ Adekanla in the welterweight category.