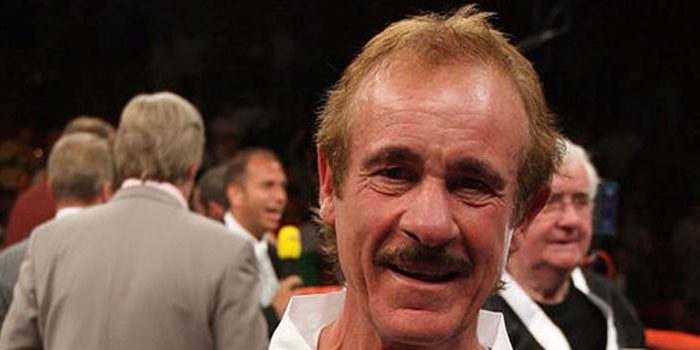 Enzo Calzaghe — who had no previous experience in boxing, yet trained his son, Joe Calzaghe, to world titles in two divisions and an undefeated record — has died, the family announced on Monday. He was 69.

No cause of death was announced, but the family said in a statement, “The family are devastated to have to announce the death of our beloved Enzo. Joe and all of the Calzaghe family would like to thank the public for their well wishes and kind thoughts, especially the outpouring of support from within the boxing community.

“Enzo led an incredible life both inside and outside of the boxing gym and his loss is a devastating one for the entire Calzaghe family. We please ask that people respect our privacy at this difficult time.”

Enzo was the driving force behind Joe’s Hall of Fame career, training him to the unified super middleweight world championship against Mikkel Kessler in 2007 followed by the lineal light heavyweight title. Joe Calzaghe (46-0, 32 KOs) retired undefeated in 2008 — finishing his career with back-to-back victories in his only American appearances, against Bernard Hopkins to claim the lineal light heavyweight title and Roy Jones Jr. — and was inducted into the International Boxing Hall of Fame in 2014 in his first year of eligibility.

The outgoing and jovial Enzo Calzaghe, also a noted musician and bass player, was born on the Italian island of Sardinia on New Year’s Day 1949. He eventually moved to Wales, where he became one of boxing’s top trainers.

Working out of his gym, the Newbridge Boxing Club, he trained his son to the top of the sport, first introducing him to boxing as child as a means to toughen him up. Joe Calzaghe, who often sparred with his father as a teenage amateur boxer, always credited Enzo for the success he had in his career.

“A teacher, a trainer and a great man,” Cleverly wrote on social media. “He predicted early on in my teen years that I would become a world champion. He taught me so much.”

Former cruiserweight titlist Tony Bellew, one of England’s top active boxers, had the utmost respect for Calzaghe, writing on social media, “What a man! My thoughts are with Joe Calzaghe and his family right now. Your Dad was a master coach who created a style that you both made unbeatable. Salute the legendary Enzo.”

In 2007, the year Joe outpointed Kessler to unify 168-pound world titles in one of the biggest fights in division history and when Rees won his 140-pound title, Enzo won the trainer of the year award from the Boxing Writers Association of America. He was also voted the coach of the year at the BBC Sports awards that year. In 2010, he was awarded the title of MBE (Member of the Most Excellent Order of the British Empire) in the United Kingdom.

He is survived by his wife, Jackie, son, Joe, and daughters Sonia and Melissa.