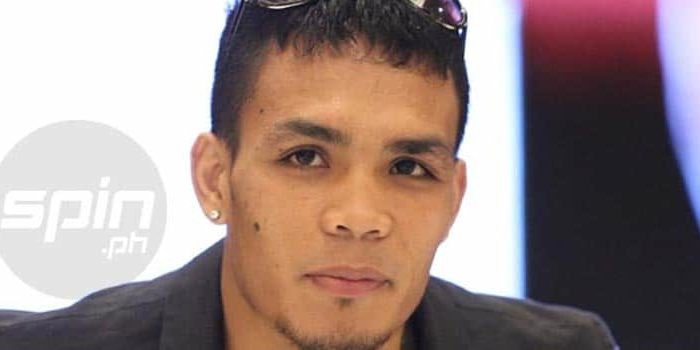 The last time Genesis Servania was seen on American soil, he was a complete unknown to all outside of the most initiated observers of Asia’s boxing scene. Though he ultimately didn’t have his hand raised, his wild brawl with WBO featherweight titleholder Oscar Valdez, where Servania scored an early knockdown, accomplished the next best thing.

It entertained fans and left an impression. And in a sport reliant on fan and network support, courage and firepower goes a long way.

The performance earned Servania (31-1, 14 KOs) a promotional contract with Top Rank, which is why he’s fighting on Friday (Saturday in Manila) at Oracle Arena in Oakland against Carlos Carlson (23-4, 14 KOs) of Tijuana, Mexico. The scheduled 10-round fight will be streamed live on ESPN+ in the U.S., and broadcast in the Philippines on ESPN5 as part of the same card which features IBF junior bantamweight titleholder Jerwin Ancajas in his sixth title defense against Alejandro Santiago.

“My opponent is a good fighter, I have respect for him,” said Servania, the Bacolod City, Philippines native who now trains out of the Kashimi Gym in Kanazawa, Japan. “I trained hard for this fight and I’ll give all my best for this coming fight.”

The fight will take a place at a catchweight of 124 pounds as he begins the transition back down to the junior featherweight class where he first became a ranked challenger. Carlson, too, is a former title challenger, who was stopped in seven by Shinsuke Yamanaka for the WBC bantamweight title in March of 2017. He hadn’t been able to recover afterwards, losing back-to-back decisions before stabilizing with a second-round knockout of a journeyman in Mexico.

Should Servania defeat the 28-year-old from Tijuana, he could next face WBO junior featherweight titleholder Isaac Dogboe, an exciting Ghanaian who has made an impression on boxing fans with his knockouts of Cesar Juarez and Jessie Magdaleno this year. Dogboe’s last fight, a first round technical knockout a month ago, came against Hidenori Otake, a Japanese fighter Servania was previously booked to face before the fight fell out.

“If I’m scheduled to fight him, I’ll study all his fights. It’ll be a good fight with Dogboe,” said Servania, who was just a pound over the limit at the press conference a day before Thursday’s weigh-in.

Dogboe first has to get past a defense scheduled for December 8 on the undercard of the Vasiliy Lomachenko-Jose Pedraza title unification fight at Madison Square Garden in New York City.

“Then our goal is to put Servania in with Dogboe, and that’s a hell of a fight,” said Top Rank boss Bob Arum.

Friday’s fight is special for Servania since it’ll be on the homecourt of his favorite NBA player Kevin Durant. Servania previously had a reputation as the basketball champ of the ALA Gym in Cebu, but only expects to show off his boxing skills.

“I had a very hard training camp in Japan, and I look forward to entertaining the fans,” said Servania.