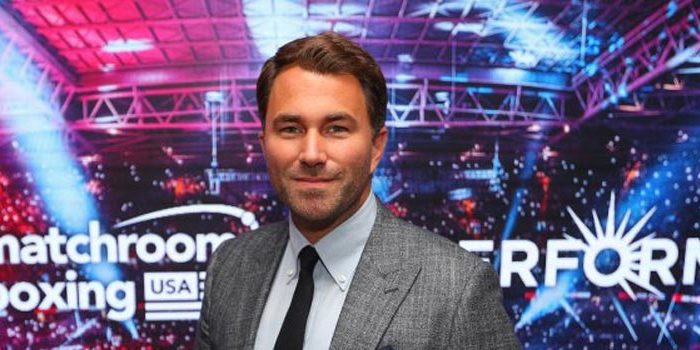 Anthony Joshua believes his long-awaited clash with fellow world heavyweight champion Deontay Wilder will take place as it would be “silly not to.” But promoter Eddie Hearn has warned a deal must be agreed quickly if the American is to be Joshua’s next opponent.

He is already booked in to box again at Wembley on April 13, but the question of an opponent has still to be resolved.

Joshua has repeatedly stressed he wants to fight fellow undefeated champion Wilder, who holds the World Boxing Council version of the heavyweight title, next.

“We have to fight, it would be silly not to” Joshua told reporters after inflicting the first stoppage-loss of Povetkin’s professional career.

Wilder, however, is next due to face Britain’s former world heavyweight champion Tyson Fury on December 1.

Talks between the Joshua and Wilder camps have stalled and Hearn is worried a fight that will be worth far more than the “peanuts” of an initially offered $50 million could be derailed.

If Fury beats Wilder, the rematch clause would likely be activated, delaying both boxers from facing Joshua, the London 2012 Olympic champion who now has a professional record of 22 wins from 22 fights, with 21 knockouts.

“Being British, we’d like Fury to win, but for April, Wilder must win if that’s going to happen,” said Hearn.

“We’re not willing to wait until December to see. A deal must be done in advance of that, subject to him winning.

“But now, after 80,000 (the estimated crowd at Wembley) and the worldwide exposure and after the finish (against Povetkin) that offer (made previously, by the Wilder camp) will look like absolute peanuts when this fight is made.”

“These aren’t negotiations that will take 24 hours, and Joshua’s career is not being slowed down. If they don’t want to do that, we’ll fight someone else.”