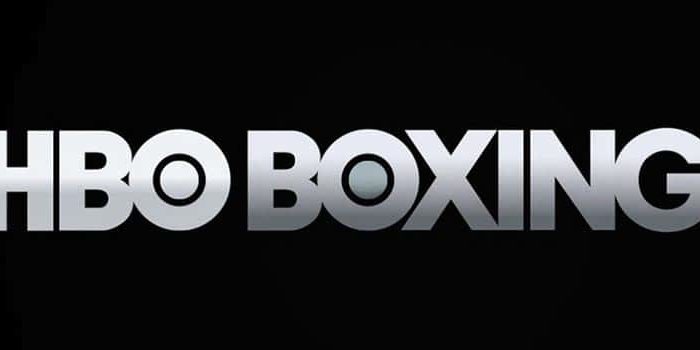 HBO is officially leaving boxing after 45 years. HBO Sports Executive Vice President Peter Nelson made the announcement that HBO was dropping boxing Thursday morning in a meeting with the HBO Boxing production staff.

“This is not a subjective decision,” Nelson said to the New York Times. “Our audience research informs us that boxing is no longer a determinant factor for subscribing to HBO.”

HBO has faced stiff competition with Top Rank leaving the network for an exclusive long term deal with ESPN.

Promoter Eddie Hearn of Matchroom has also arrived with new streaming service DAZN, and nearly every boxer is his stable – including several that were featured on HBO – will be exclusively featured on the network.

Premier Boxing Champions, which boasts a massive stable of over 100 contracted fighters, also signed multi-year deals with FOX and Showtime to provide boxing content on a regular basis.

HBO has also faced declining ratings over the last few years. Their recent Super Fly 3 tripleheader – which took place on September 8 – peaked at 349,000 viewers, making it one of the lowest-rated live televised event in the network’s history.

Nelson left the door open for a potential “special” one-time event – if the fight was big enough.

“There’s plenty of boxing out there,” Nelson said. “But what we have not seen is a lot of signature destination fights.”

“Because of our association with boxing, people forget that we’re not a sports network. We’re a storytelling platform.”

“I’m still a fan of boxing. If there is a destination event, absolutely we’re in that conversation.”

“Our mission at HBO Sports is to elevate the brand. We look for television projects that are high-profile, high-access, and highly ambitious in the stories they seek to tell and the quality of production in telling them.

Boxing has been part of our heritage for decades. During that time, the sport has undergone a transformation.  It is now widely available on a host of networks and streaming services.  There is more boxing than ever being televised and distributed.  In some cases, this programming is very good.  But from an entertainment point of view, it’s not unique.

Going forward in 2019, we will be pivoting away from programming live boxing on HBO.  As always, we will remain open to looking at events that fit our programming mix.  This could include boxing, just not for the foreseeable future.

We’re deeply indebted to the many courageous fighters whose careers we were privileged to cover.

There have been hundreds of dedicated and remarkably creative men and women who have delivered the best in television production for HBO’s coverage of boxing and we are so grateful for their contributions.  It has been a wonderful journey chronicling the careers and backstories of so many spectacularly talented prizefighters.

In keeping with this mission, we’ve accelerated our commitment to storytelling.  This has produced landmark shows like “Andre the Giant,” which is the most viewed sports documentary ever on HBO; the acclaimed NFL reality franchise “Hard Knocks: Training Camp with the Cleveland Browns,” which delivered double-digit viewership gains from a year ago; “Real Sports With Bryant Gumbel,” the gold standard in sports journalism on television; the powerful docu-series “Being Serena” that chronicled the comeback of tennis icon Serena Williams; and the acclaimed unfiltered talk series “The Shop” featuring LeBron James.

This fall, HBO Sports will present an edition of “24/7” highlighting the upcoming Tiger Woods-Phil Mickelson match play plus engaging documentary films like “Student Athlete” and “Momentum Generation” brought to us by accomplished filmmakers. In 2019, we will have the innovative multi-part documentary presentation “What’s My Name|Muhammad Ali” from director Antoine Fuqua in conjunction with executive producers LeBron James and Maverick Carter of SpringHill Entertainment.

Other new ventures will be announced in the weeks ahead as HBO Sports continues to explore new frontiers in sports programming.”