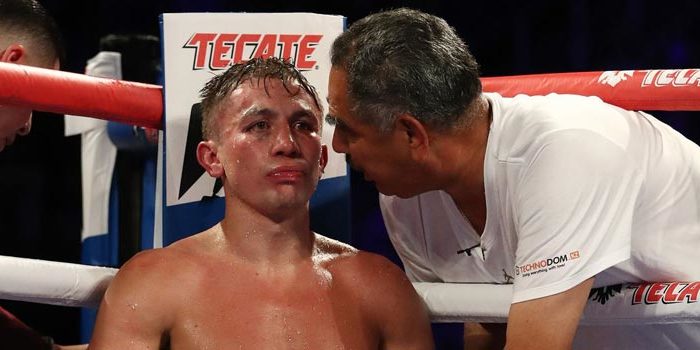 LAS VEGAS – Watching Gennady Golovkin lose to Canelo Alvarez hurt Abel Sanchez almost as much as it hurt Golovkin himself.

Golovkin’s veteran trainer still handled his former middleweight champion’s first professional defeat with class and respect. After antagonizing Alvarez throughout the emotional promotion of their 12-round rematch, Sanchez applauded Alvarez’s effort in winning a majority decision over Golovkin in an action-packed battle Saturday night at T-Mobile Arena.

Sanchez chastised Alvarez for “running” in their first fight, but he credited the game Mexican champion for fighting aggressively against Golovkin in their second showdown.

“We had a great fight, the one we expected the first time around,” Sanchez said. “I had it close going into the 12th round. We had good judges, who saw it from different angles. I can’t complain about the decision, but it’s close enough to warrant a third fight. Canelo fought a great fight. Congratulations.”

Two judges – Dave Moretti and Steve Weisfeld – scored seven of the 12 rounds for Alvarez and credited him with a 115-113 victory. Judge Glenn Feldman scored the fight even (114-114).

Feldman – who had Alvarez ahead, 78-74, through eight rounds – scored each of the final four rounds for Golovkin to finish with a draw on his card (114-114). Moretti and Weisfeld both scored the 12th round for Alvarez, which gave him the narrow win on each of their cards (115-113) and earned him the WBA, WBC and IBO middleweight titles.

If Moretti and Weisfeld would’ve scored the 12th round for Golovkin, all three judges would’ve had it even when it ended (114-114).

“I’m not going to say who won tonight because the victory belongs to Canelo, according to the judges,” Golovkin, who left the ring without talking to HBO’s Max Kellerman, said in his dressing room. “I thought it was a very good fight for the fans and very exciting. I thought I fought better than he did.”