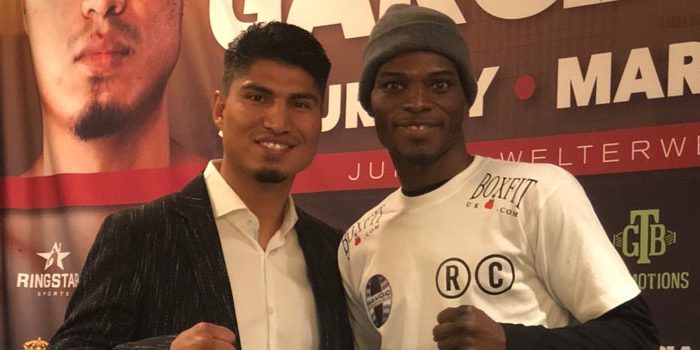 The IBF purse bid between their world lightweight champion, Mikey Garcia, and number-one contender Richard Commey, has been postponed from Tuesday, September 25, to Tuesday, October 2 at 12:00 PM.

Garcia, the IBF and WBC world champion, has been busy negotiating for a possible showdown versus IBF world welterweight champion Errol Spence Jr.

However, according to sources, Garcia’s camp, including father Eduardo Garcia and brother/trainer Robert Garcia, are encouraging Garcia to remain at lightweight and pursue a unification versus Vasyl Lomachenko, rather than move up two divisions to face the dangerous Spence Jr.

Ultimately, that decision will be made by the boxer. Should he remain at lightweight, he has no choice but to fight Ghana’s Commey—lest he be stripped of his IBF world title.

Should that occur, this would be the second time the Garcia has relinquished the IBF crown. After defeating Sergey Lipinets for the IBF world 140lb. title last March, Garcia—already the WBC world lightweight champ—gave up the belt to move back down to 135 and defeated Robert Easter for his IBF world 135lb. strap.

Commey has been patiently waiting for his opportunity. He landed the mandatory slot with a sixth-round TKO of previously-undefeated Mexican-American Alejandro Luna on the Garcia-Lipinets undercard.

Commey, who is now based out of Brooklyn, New York, and trained by world-class coach Andre Rozier, returned to the ring last August. He promptly stopped Yardley Cruz in two one-sided rounds.

He is expected to fight again likely toward the end of the year. If Garcia gives up the belt, Russia’s Isa Chaniev, who is currently ranked number-three by the IBF, could be Commey’s opponent for the vacant belt.