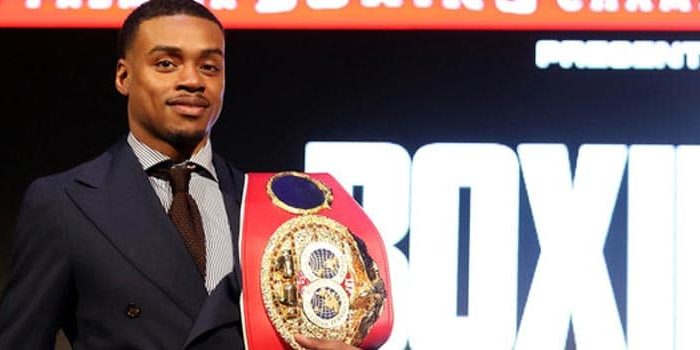 The unbeaten IBF welterweight champion might’ve been uneasy saying something so brash publicly to someone he respects, but he obviously isn’t completely convinced Porter wants to fight him next. Just before they left the interview room at Barclays Center, Spence told Porter, “Don’t duck me, son.”

Porter looked directly at Spence once he said that, yet didn’t respond specifically to Spence’s taunt. They embraced a few seconds later on the stage and went their separate ways.

During the press conference, Porter noted that the WBC could order the newly crowned champion to make his first WBC welterweight title defense versus Cuban contender Yordenis Ugas (23-3, 11 KOs), his mandatory challenger.

Spence entered the ring and challenged Porter after he was announced as a unanimous-decision winner over Danny Garcia on Saturday night in Brooklyn.

“I’ll be honest, I’m not sure,” Porter said regarding whether he’ll fight Spence next. “I don’t think him getting in the ring was for show and I know that, you know, again the words that we exchanged in the ring wasn’t for show. So I really don’t know. Like I said, I know the WBC has some plans and we’ll see if they’re willing to, you know, go a different route.”

“So I definitely want that fight and I definitely think it can happen. Hopefully it happens sooner than later. And hopefully it’ll happen the first quarter of next year. So it’s definitely a fight I want. It can be made because we both fight on the same network [Showtime], we both have the same management [Al Haymon]. And like I said, I’m an old-school fighter. He’s an old-school fighter, too. We’re all about glory. We’re all about the money, too. And it’s definitely a money fight. And definitely, the money’s in the pot, with the new announcement that Al Haymon made and PBC made [to broadcast fights on Showtime and FOX]. The money’s there, so it’s gonna happen.”