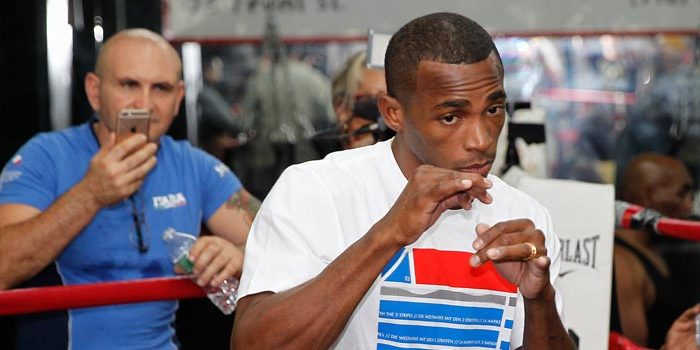 “Canelo Alvarez and Gennady Golovkin fought an amazing fight, it was a true classic.” said Lara.

“I want to congratulate both of them for putting together such a tremendous effort to bring the spotlight back on boxing. It would be a great honor to fight either fighter, and I would love to challenge myself against them.”

“I am ready to make a statement and to challenge either fighter at middleweight, whether it is Gennady Golovkin or Canelo Alvarez in a rematch…I am ready!”

IN OTHER NEWS:  Leigh Park powerhouse, Joel McIntyre (17-2), heads into the next edition of Ultimate Boxxer, on November 2 at the O2 in London, after being subjected to two cancelled title fights in succession, but believes he can rebound by winning the light-heavyweight tournament.

“I’ve had a year of it, I was meant to fight Kirk Garvey for the Southern Area title in June and he pulled out two days before, then Miles Shinkwin pulled out on the Bank Holiday Monday before our fight. It’s been a series of massive disappointments to me,” the 30-year-old said.

“But I probably am the Ultimate Boxxer favourite, down to my experience, I’ll be going in as the 20-fight veteran, and, of course, I’ve been the English champ. I’m already sparring high-paced three-threes in