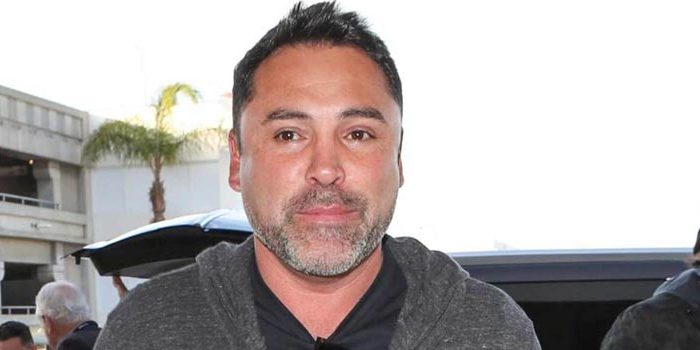 “I am actually very, very serious and I strongly feel that if a Kanye West can do it and announce and maybe tease the world that he would maybe one day wanna run for president, why not me?” De La Hoya told TMZ Sports.

The interviewers at TMZ, unsure if De La Hoya was being serious, further pressed him on the possibility of pursuing a campaign for the White House.

“I actually am [serious]. I actually do want to pursue it, and there’s obviously many reasons,” De La Hoya responded.

“I’m actually in the works of putting a team together to explore in further details to see if this makes sense. If the numbers are right and it looks good, I’m gonna go for it.”

This coming Saturday night, De LaHoya’s company will stage the biggest United States boxing event of the year, when Gennady Golovkin and Saul Canelo Alvarez collide for a second time at the T-Mobile Arena in Las Vegas.