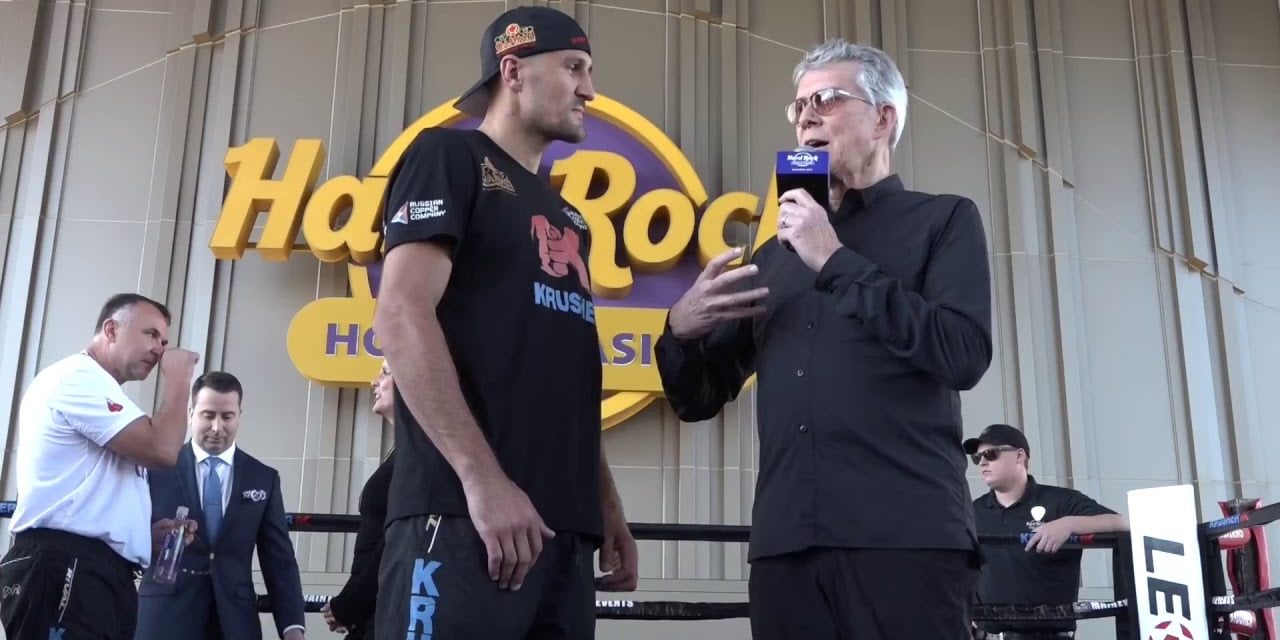 Eleider Alvarez appeared taller and thicker than Sergey Kovalev at their weigh-in Friday.

The 35-year-old Kovalev officially weighed in at 174 pounds, one pound below the light heavyweight limit, in a ring set up on the Atlantic City boardwalk Friday afternoon. The 34-year-old Alvarez stepped on the New Jersey State Athletic Control Board’s scale at 174¼ pounds.

The Colombian-born, Quebec-based Alvarez has beaten former light heavyweight champ Jean Pascal and ex-super middleweight champ Lucian Bute in his last two fights. The skilled southpaw hasn’t fought in 14 months, though, not since he out-pointed Pascal (33-5-1, 20 KOs, 1 NC) by majority decision in their 12-rounder in June 2017 at Bell Centre in Montreal.

Kovalev will make the third defense of the WBO 175-pound championship he regained by knocking out Ukraine’s Vyacheslav Shabranskyy (19-2, 16 KOs) in the second round of their November 25 bout in The Theater at Madison Square Garden in New York. Kovalev won back the WBO title that night that Ward gave up when he retired two months earlier.

The card headlined by Kovalev and Alvarez will be the first high-profile boxing show in Atlantic City since Kovalev dominated Bernard Hopkins in November 2014 at Boardwalk Hall.

In his last fight, Chilemba bounced back from three straight losses to Alvarez, Kovalev and Oleksandr Gvozdyk by beating Australia’s Blake Caparello (27-3-1, 11 KOs). Chilemba defeated Caparello by unanimous decision in their 12-rounder March 16 in Melbourne, Australia.