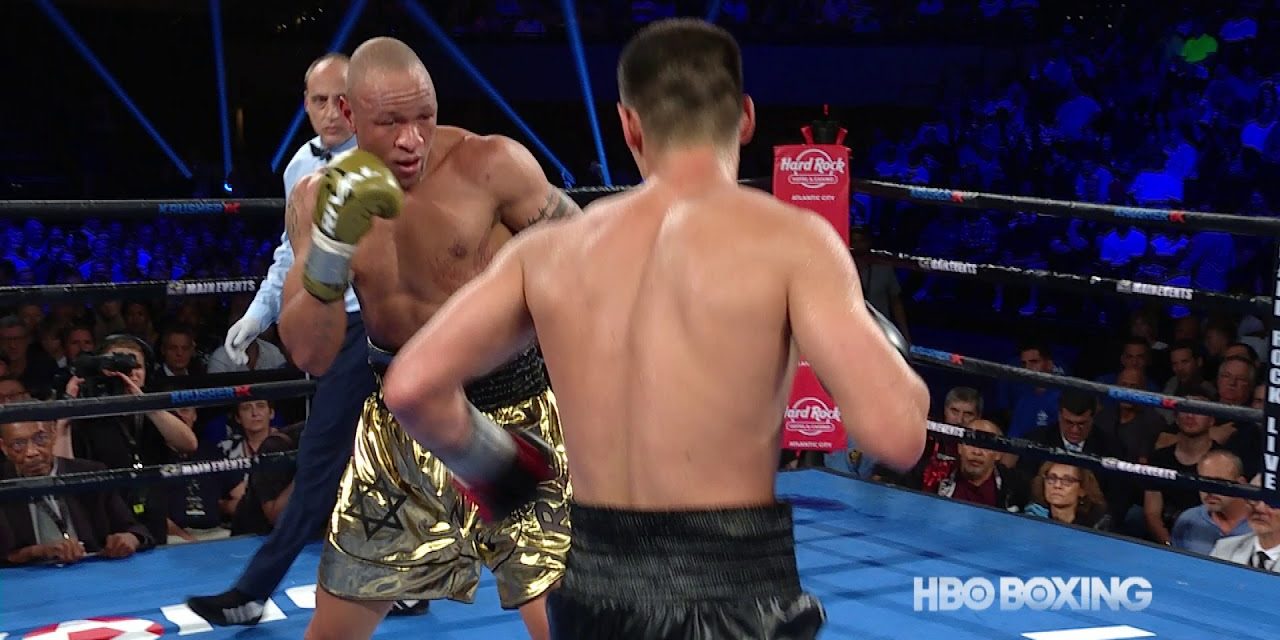 Dmitry Bivol looked like he would knock out Isaac Chilemba early in their fight Saturday night. Bivol discovered looks can be deceiving.

The longer it went, though, the less effect the heavy-handed Bivol’s punches had on the resilient South African contender. Bivol beat him, but the durable Chilemba lasted all 12 rounds in their largely lopsided, uneventful fight for Bivol’s WBA light heavyweight title.

Kyrgyzstan’s Bivol (14-0, 11 KOs) did enough to easily win a unanimous decision on the Sergey Kovalev-Eleider Alvarez undercard at Hard Rock Hotel & Casino’s Etess Arena. Judges Eugene Grant (120-108), George Hill (116-112) and Ron McNair (120-108) all scored the fight for Bivol, who hopes to fight Kovalev next if Kovalev can overcome Alvarez in the main event.

Despite Bivol’s power, Chilemba (25-6-2, 10 KOs), who’s trained by Roy Jones Jr., still hasn’t suffered a clean knockout loss during his 12-year pro career. Oleksandr Gvozdyk beat him by technical knockout in November 2016, but Chilemba couldn’t continue past the eighth round that night because he suffered a broken hand.

Chilemba also lost a 12-round unanimous decision to Kovalev in their fight for Kovalev’s IBF, WBA and WBO titles in July 2016.

By the 12th round Saturday night, Bivol appeared content to win this fight by decision. Chilemba couldn’t hurt him and Bivol built an insurmountable lead several rounds earlier.

Chilemba was the aggressor throughout the 11th round, which Bivol spent throwing a punch or two and then moving away from his challenger.

Bivol knocked Chilemba off balance by connecting with a left hook just after the midway point of the 10th round. Bivol landed a lunging left hook toward the end of the 10th.

After struggling to land clean punches in the previous few rounds, Bivol landed a solid left hook and an overhand right in the ninth round. Bivol also clipped Chilemba with a counter left hook after Chilemba missed wildly with a right hand late in the ninth.

Fans booed during the eighth round, which lacked action clean connections by either fighter.

Chilemba clipped Bivol with a hard overhand right late in the seventh round. By then, Chilemba was having some success with his jab and was taking fewer flush shots from Bivol than he had absorbed earlier in their fight.

Bivol connected with a counter left hook late in the fifth round. Chilemba took that shot well, though, and for the second straight round did a better job of protecting himself.

Chilemba boxed better and landed jabs in the fourth round, but Bivol still landed the harder shots and won that round.

Bivol blasted Chilemba with left hooks and right hands during the third round. Chilemba fought back, but Bivol’s punches were much more effective than the occasional rights and lefts Chilemba landed.

Bivol backed up Chilemba with a stiff jab several seconds into the fight. He landed an overhand right that connected squarely on Chilemba’s jaw later in the first round.

Bivol hopes this victory leads him to a title unification fight against Kovalev if the favored Kovalev can overcome Alvarez in their 12-round fight for Kovalev’s WBO light heavyweight title.

Chilemba, 31, lost for the fourth time in his past five fights. Before falling to Bivol, he halted a three-fight losing streak when he defeated Australia’s Blake Caparello (27-3-1, 11 KOs) by unanimous decision in their 12-rounder March 16 in Melbourne, Australia.

Chilemba lost each of his three previous bouts to Alvarez, Kovalev and Oleksandr Gvozdyk.