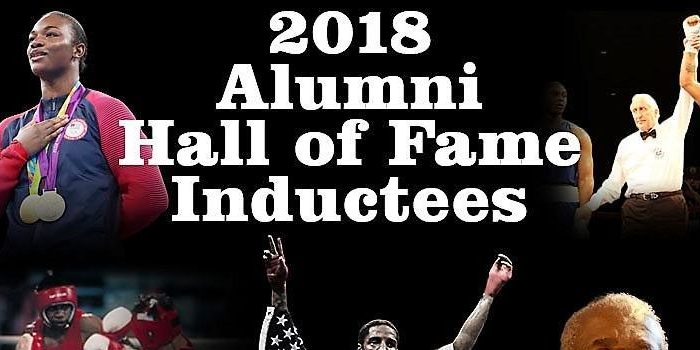 The USA Boxing Alumni Association has announced its second class to be inducted into its Hall of Fame, December 7, at the Radisson Hotel (215 S. Temple St.) in Salt Lake City, Utah.

The reception is being held in conjunction with the 2018 USA Boxing Elite and Youth National Championships and Junior and Prep Open, Dec. 2-8, also held in Salt Lake City.

This year’s inductees were selected amongst a group of 17 nominees by the hundreds of registered USA Boxing Alumni Association members during the months of June and July.

“USA Boxing Alumni Association is extremely excited to honor this year’s Hall of Fame class, as each inductee represents everything good that amateur boxing has to offer,” said Chris Cugliari, USA Boxing Alumni Association Executive Director. “Last year’s class contributed to a fantastic inaugural Hall of Fame reception and we’re looking forward to recognizing this year’s class with an even better event.”

Created to champion a lifelong, mutually beneficial relations between USA Boxing and its alumni, –boxers, officials, coaches and boxing fans — The Alumni Association connects generations of champions, inspiring and giving back to USA Boxing’s future boxing champions, in and out of the ring.

“Each inductee has given so much to Olympic-style amateur boxing and the alumni community wants to thank them, for doing so,” Cugliari added.  “We look forward to seeing USA Boxing Alumni members come out in droves to support this year’s Hall of Fame class in December.”

To join the Alumni Association, simply register at alumni@usaboxing.org for a $40.00 per year membership fee.  New members will receive a T-shirt, keychain and e-wallet.