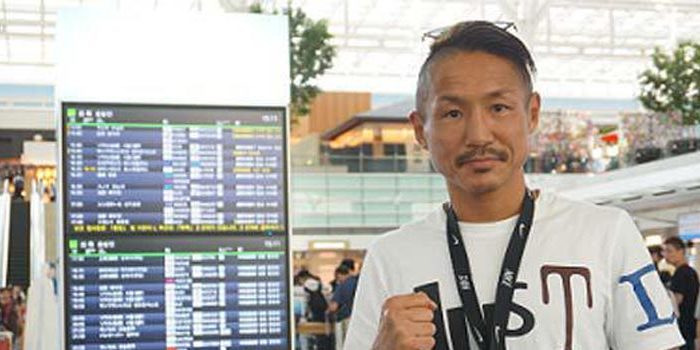 Hidenori Otake left Japan for the US on Sunday ahead of his showdown this Saturday versus unbeaten WBO 122lb. world champion Isaac Dogboe of Ghana.

The bout will take place at the Gila River Arena in Glendale, Arizone.

Dogboe, 19-0 (13 KOs), will be making the first defense of the title he won last April, when he stunned incumbent Jessie Magdaleno via eleventh-round TKO at the Liacouras Center in Philadelphia, Pennsylvania.

This will be his second world title crack abroad. In 2014, he failed to win the WBA title when England’s Scott Quigg defeated him by unanimous decision in Liverpool, UK. Otake is a persistent infighter whose durability and stamina have been his assets throughout his 12–year career.

Otake is hoping for a good performance against the 23-year-old Ghanaian, but the odds are stacked against him. Saturday night can’t come soon enough.