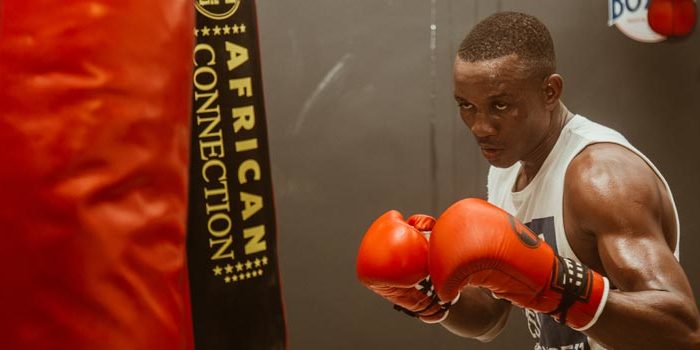 UK based Siesta Boxing Promotions have added another highly rated African fighter to the fast-rising team of potential challengers with the signing of unbeaten featherweight Sakaria Lukas.

The Namibian boxer, who is currently ranked No. 2 by the WBO at 126 pounds, has been enjoying a seven-year professional career with an unblemished record and looking forward to securing a world title fight in the near future.

“I’m very excited to have signed a deal with Al Siesta that serves as a bridge for me to face quality opponents on big boxing cards worldwide. Signing with Siesta Boxing will get me essential international experience and eventually raise my stock as an elite fighter at 126 pounds. Siesta’s expertise and contacts within the boxing industry provides a unique platform to advance my career and hopefully get me my much-anticipated world title shot,” said Lukas after an agreement has been reached out between the parties.

Lukas (21-0, 14 KOs), who is enjoying the managerial backing of fellow Namibian company, Knowledge Boxing Management and trained by his long-term trainer Immanuel Moses from the AC Boxing Gym, was last seen in action last December when he defended his WBO Africa belt for the third time against South African Tello Dithebe (now 20-9, 6 KOs) by way of unanimous decision after twelve rounds of boxing.

“Both Al Siesta and Knowledge are currently in negotiations with the relevant parties for me to face my next opponent hopefully on the main event on one of the biggest boxing networks in September or October. I can’t wait to step back into the ring and put on a great show as I’ve been training hard, keeping fit and sharpening my skills over the past weeks,” concluded the Namibian boxer.

Team Lukas decided to step out to the international fight scene earlier this year in order to give themselves a shot to reach their high-stake goals in the squared circle. After weighing in options from the United States of America, the Namibian contingent eventually settled on the side of well-respected European promoter/manager/matchmaker Al Siesta.

“At Knowledge Boxing Management our chief goal is to provide the highest level of professional support and services to our clients like Sakaria Lukas. Our decision to team up with Al Siesta was mainly motivated by his vast experience, professionalism and the fact that he is willing to help navigate our efforts in the right direction of getting Sakaria straight into serious fights which are in line with our strategic vision,” declared Lukas’s manager, Knowledge Ipinge.

In the target-zone of the highly-rated Namibian boxer are only experienced, top 30 opponents that could lead him to world title recognition in a loaded featherweight division. “This deal serves as a clear signal that we are very serious about taking Namibian boxing to the next level and lays the foundation to a long-term working relationship with Al, that will open doors for many future prospects.” Al Siesta, who inks his fourth African fighter in the past couple of months, is very excited and has high hopes regarding the mutual work with Team Lukas.

“Sakaria Lukas is an incredible featherweight from Namibia, a country that has been noticed and respected for their great boxing schools with educating the likes of Julius Indongo, Harry Simon, Paulus Moses and Paulus Ambunda. Sakaria has a decent amateur pedigree as an African champion and is a prolific fighter, being unbeaten with 21 wins and 14 KO’s. I’m very excited because he is in the prime of his career, I believe Siesta Boxing can really help him and get him lucrative fights, good quality training camps and navigate his career,” stated Siesta, before hinted some details about the schedule of his newest client.

“Hopefully we can get him a world title shot very soon, if not, then somewhere near the world title fights to put us in position for one of the belts. We are obviously looking at WBO being ranked number two, but we are looking at all the champions at featherweight, so all those belt holders should start thinking about us!”

Lukas’s debut under Siesta’s guidance is expected on one of the major boxing shows in the UK in the fall.