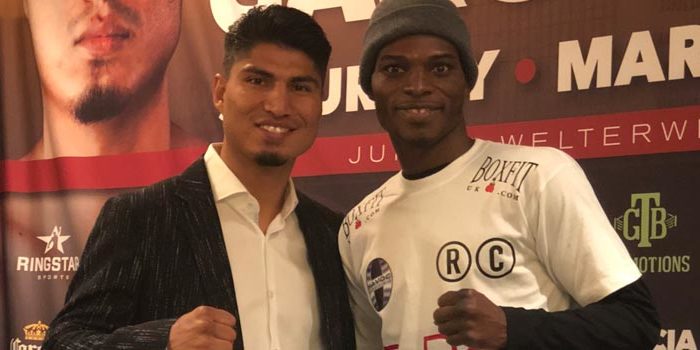 If Mikey Garcia is serious about moving up to welterweight and fighting world champion Errol Spence Jnr, he’ll have to make that decision soon.

Sources close to the situation have informed Boxing News that the IBF sent 135-pound world titleholder Garcia a letter congratulating him on his unanimous decision win over Robert Easter Jnr last Saturday in a bout that unified both the IBF and WBC world titles. The letter also notified Garcia, 39-0 (30 KOs), of his obligation to face mandatory challenger Richard Commey of Ghana next.

Commey earned that ranking last March, when he scored a sixth-round TKO of Alejandro Luna in a title elimination bout on the Mikey Garcia-Sergey Lipinets undercard at Freeman Coliseum in San Antonio, Texas.

According to the IBF’s letter to Garcia, if Commey is victorious, “Negotiations should commence immediately and be concluded by August 30, 2018. In the event that you are unable to come to an amiable agreement with Commey, the IBF will call for a purse bid.”

Commey was ringside for Garcia-Easter, scouting what could be his next opponent.

“It doesn’t matter who I have to face,” he told Boxing News. “My goal is to win the world title. I’m so close to realising my dreams, but I have one more hurdle before that. Let me get past Cruz and then we’ll see what my team has in store for me.”

Commey fought Easter for the vacant IBF title in September 2016. The two engaged in a Fight of the Year-type battle over 12 rounds. Commey scored a knockdown in the eighth round, but Easter rebounded with a strong twelfth to eke out a split decision win.

In August 2017, Commey relocated from Ghana to New York. He is now trained by Andre Rozier, who also trains middleweights Danny Jacobs and Sergey Derevyanchenko, among others.