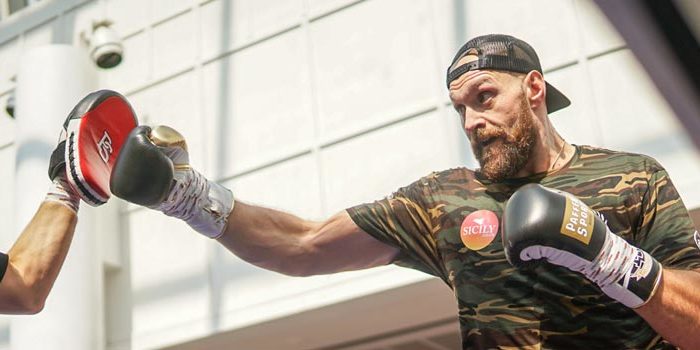 Former two-division champion Carl Frampton and lineal heavyweight champion Tyson Fury worked out in front of the public and media for the final time ahead of their respective bouts this Saturday, August 18 live from Belfast, Northern Ireland on the SHOWTIME Boxing Facebook page and SHOWTIME Sports YouTube channel.

On Saturday, approximately 30,000 fans are expected to witness the first boxing event at Windsor Park, an outdoor stadium and the home of Northern Irish football.