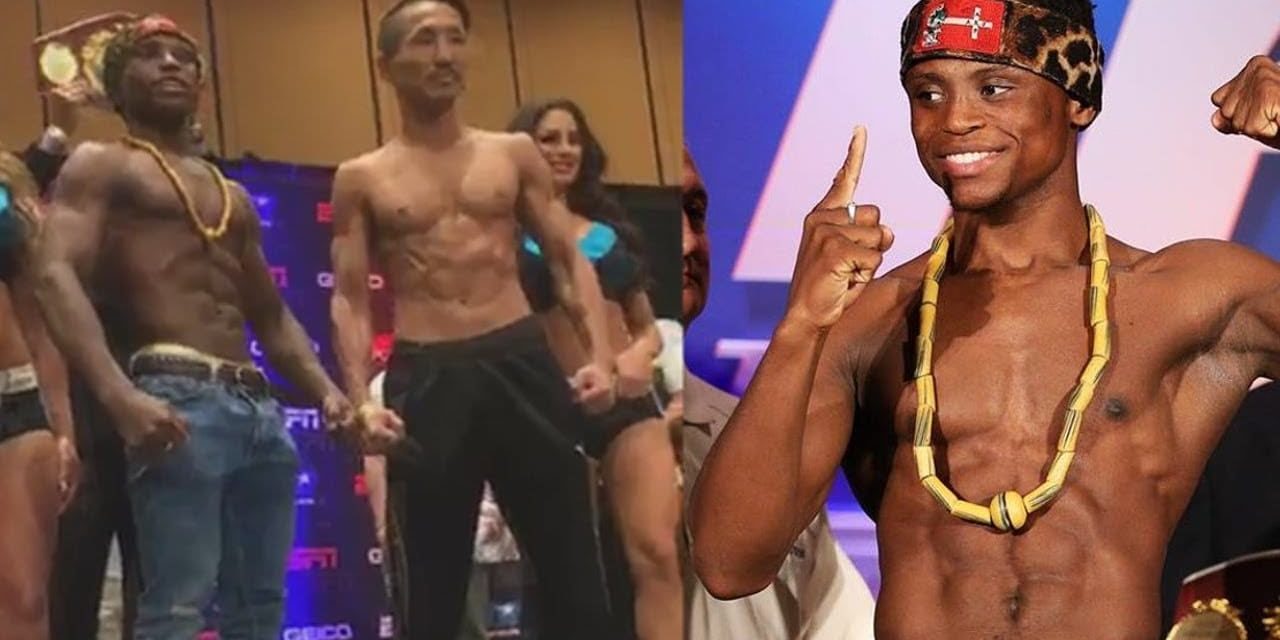 There were no problems on the scales today in Arizona, as the four fighters set for tomorrow night’s Top Rank Boxing on ESPN card made weight for the world title doubleheader.

The fight will be tomorrow night’s main event.

In the co-feature, Ghana’s Isaac Dogboe (19-0, 13 KO) will defend the WBO super bantamweight title against veteran Hidenori Otake (31-2-3, 14 KO) of Japan. Dogboe, making his first title defense after winning the belt from Jessie Magdaleno in April, weighed in at 121 pounds, a full pound below the limit of 122. Otake came in just heavier, at 121.4.