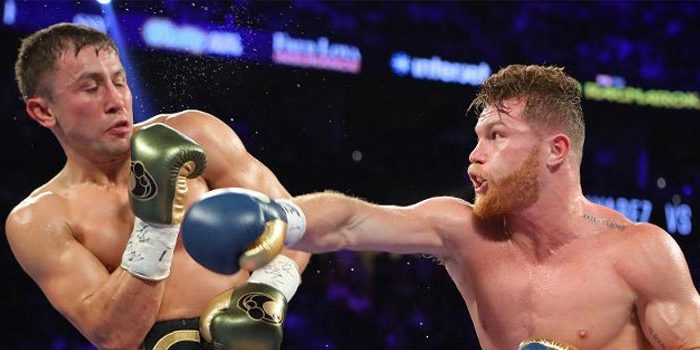 Canelo Alvarez suggested Wednesday that he’ll be more aggressive against Gennady Golovkin in their rematch than he was in their first fight.

“From the beginning, I will work him to look for that KO,” Alvarez said Wednesday through a translator on a conference call. “That’s what I’ll be doing from the very first round. That’s why I’m training and I’m mentally prepared to do that. Obviously, that’s the way I want this fight to end, by knockout, and for them to raise my hand after that knockout victory.”

Some fans and media criticized Alvarez (49-1-2, 34 KOs) for fighting cautiously and moving too much when he boxed Kazakhstan’s Golovkin (38-0-1, 34 KOs) to a controversial draw last September 16 at T-Mobile Arena.

The scoring aside, Alvarez said Wednesday that he learned during those 12 rounds everything he needs to know to come back and defeat the 36-year-old Golovkin convincingly in their rematch.

Alvarez, 28, is training in San Diego for what will be his first fight in almost exactly one year. His six-month suspension for twice testing positive for clenbuterol in February is set to end after Friday.