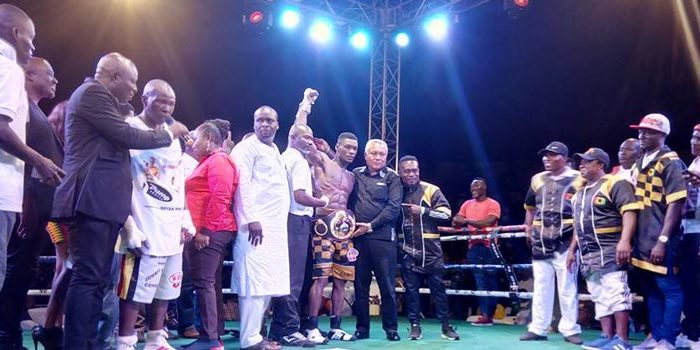 The result was a true reflection of what transpired on the night as the Chorkor-born boxer controlled the fight from round one to the twelfth round.

Allotey wasn’t the only Ghanaian to raise the flag of the country high as Richard Harrison and Emmanuel Martey did same.