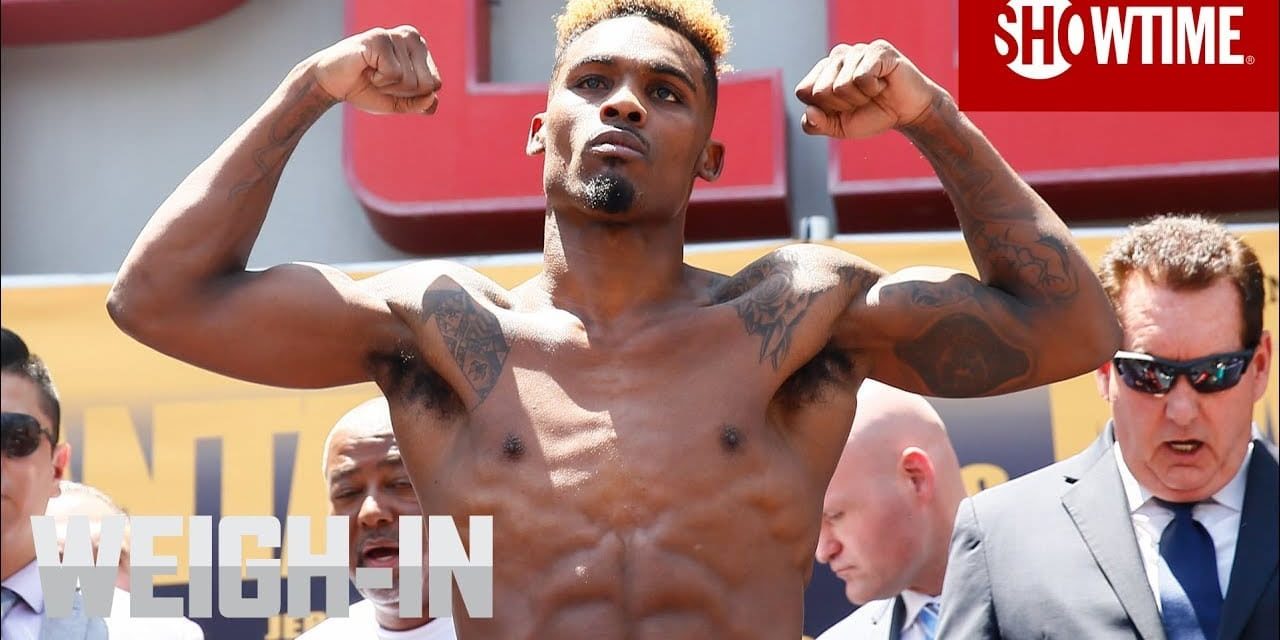 Featherweight world champion Leo Santa Cruz and four-time world champion Abner Mares went face-to-face at the official weigh-in, one day before they enter the ring for their highly-anticipated rematch this Saturday, June 9 from STAPLES Center in Los Angeles in an event presented by Premier Boxing Champions.

Also squaring-off at the weigh-in were super welterweight world champion Jermell Charlo and former world champion Austin Trout, who step into the ring on the SHOWTIME CHAMPIONSHIP BOXING telecast that begins at 10 p.m. ET/PT (delayed in the West Coast). Check out the video and weights below.

“For me this is not personal. We’re both the best, and we want to prove who is the best and who is No. 1 and who is the best from L.A. There’s no disrespect. Mares is a great guy and a good person; it’s just business. We have to do this.

ABNER MARES: “I let the emotions get the best of me in the first fight, but I have more experience now than three years ago and I’m a more mature fighter, and I’m going to show that come tomorrow night.

“I have to give a good show; there’s no way I’m going to give a bad show. That’s the type of style I bring, and I’m ready for this. Leo’s ready, I’m ready, and it is now just time to show the world that we have reunited and we are both ready to go.”

JERMELL CHARLO: “He says I’m little, but you know I’ll be big tomorrow. My brother just told me, ‘Do what you do.’ Mell and Mall. That’s all.”

AUSTIN TROUT: “I just told him I was ready; he knows we’ve been working and it’s time to go. There’s really not that much talking going on. I’m going to go in there and put on the action.

“I’ve felt a sense of urgency my entire career, even when I was undefeated I felt like I can’t lose a fight so I’ve felt that urgency my whole career and that my back’s to the wall and this is what we have to do for every fight.”