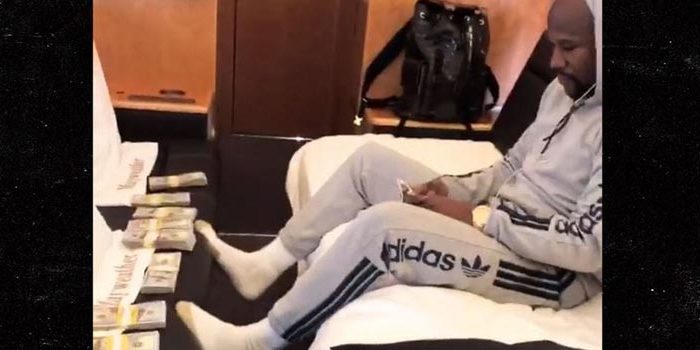 Floyd Mayweather reclaimed his place at the top of Forbes’ annual ranking of the 100 highest-paid athletes on Tuesday.

Mayweather returns as the world’s highest-paid athlete for the fourth time in seven years, thanks to a $275 million payday for his August boxing match against UFC star Conor McGregor (No. 4).

Mayweather unseats Cristiano Ronaldo, who held the crown the previous two years. Ronaldo drops to third this year, with longtime rival Lionel Messi (No. 2) edging him out after signing a new contract. Mayweather, Ronaldo and Tiger Woods (No. 16) are the only three athletes to top the best-paid list over the past 18 years.

McGregor meanwhile vaulted up the rankings to fourth spot, thanks to his $85 million cut of the Mayweather purse.

A further $14 million in endorsements took the Irish fighter’s earnings to $99 million, just behind Real Madrid soccer star Cristiano Ronaldo, who was third with earnings of $108 million.

Brazilian footballer Neymar was fifth on the list with $90 million in earnings, his salary boosted by his record-breaking transfer from Barcelona to Paris Saint-Germain last year.

NBA icon LeBron James was the highest-paid basketball player to feature on the list, coming in at sixth with total earnings of $85.5 million, just ahead of men’s tennis king Roger, who earned $77.2 million.