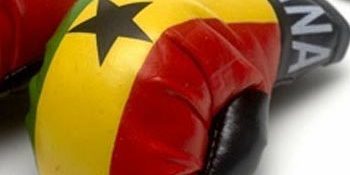 Ghana’s boxing league, which has been un-operational for about nine years, would soon make a return, with the name “Bukom Fist of Fury”, Mr Moses Foh Amoaning, the former Chairman of the Ghana Boxing Association (GBA) has hinted.

He said the league, which is expected to return between August or September, would be a three-phase action – Juvenile boxing, amateur boxing and professional boxing.

In an interview with GNA Sports on Wednesday, Mr Foh Amoaning revealed that the league’s return, would have been announced by the GBA long ago, but for difficulties in acquiring sponsorship.

He noted that, sponsorship was now no longer a problem, as the GBA had managed to secure sponsorship from the Ghana National Petroleum Corporation (GNPC) to implement it.

On the format and duration of the league, Mr Foh Amoaning said, there would be two rounds a season, with each round lasting for 13 weeks, adding that, “it would be twice every month, so the first round will take 13 weeks, then the last also takes 13 weeks”.

“In total we can get about 20 teams competing in the league. We are looking to get at least 12 to 14 teams in Accra, because there are many boxing gyms in the Greater Accra region than other regions. Then we are also looking at zones for the other regions. Four zones made up by regions, whilst some of the regions would be zoned together.

Mr Foh Amoaning however noted that, there were some preparations that was yet to completed, to give way to the commencement of the league.

“They (GBA) have to register the number of clubs and gyms that would be participating and how many fighters each gym would be bringing. Then there is the ranking and registration of Amateur boxers, which has also not yet been done”, he added.

The former GBA chairman said the league, which would be staged at the Bukom Boxing Arena, could not be officially launched until all that had been sorted out.