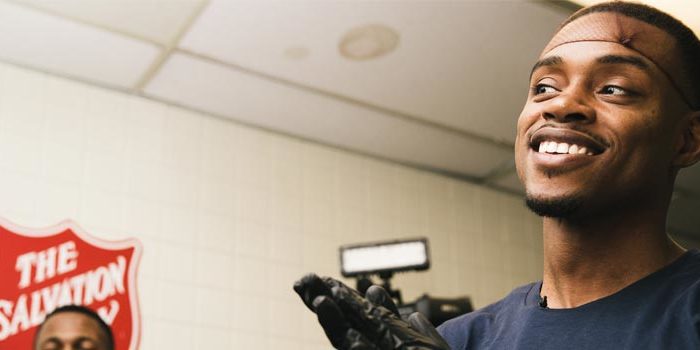 Unbeaten welterweight world champion Errol Spence Jr. spent time giving back in his hometown Wednesday, as he handed out meals at the Salvation Army in Dallas ahead of his homecoming world title defense live on SHOWTIME this Saturday, June 16 from Ford Center at The Star in Frisco, Texas in an event presented by Premier Boxing Champions.

“I’m excited to be back at Salvation Army again,” said Spence, who has spent time at the charity ahead of previous fights and during the holidays. “We’ve done events like these before and it’s always one of my favorite ways to give back. I’m glad to be able to come back and do something a little extra for my hometown fans that support me during this fight week.”

Tickets for the event, which is promoted by TGB Promotions in association with Man Down Promotions, are on sale now and can be purchased at www.SeatGeek.com.

“I can’t wait to step into that ring and feel the love from the people in my city,” said Spence. “The least I could do was give something back this week. On Saturday night, I’m giving everyone in the city a great show and a memorable night of action.”