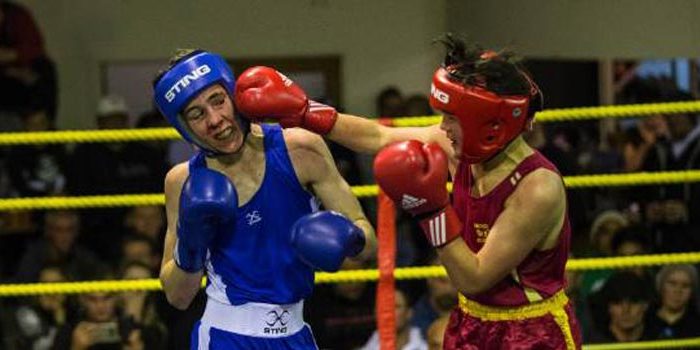 Amateur boxers from across the South Island put the gloves on and jumped in the ring in Timaru on Saturday for an annual tournament which attracted a sell-out crowd.

TBA coach John Ensor​ said the event had been very successful with 13 bouts going the distance, with an average three two-minute rounds per match.

One match was stopped early as a boxer was clearly outclassed, Ensor said.

“We pride ourselves on safety, the boy was just getting outclassed.”

Timaru has held the tournament every year for several years.

“A good boxer has the right attitude and listens to their coaches,” Ensor said.

While the Timaru club was always looking for boxers, he was quite happy with numbers, with 17 at training last week.

“It’s a process of them turning up and if they’re still here in three or four months’ time they get a wee bit more tuition put into them.

“Some of them take 12 months. It’s sometimes not until the next year that they actually have a proper bout.”