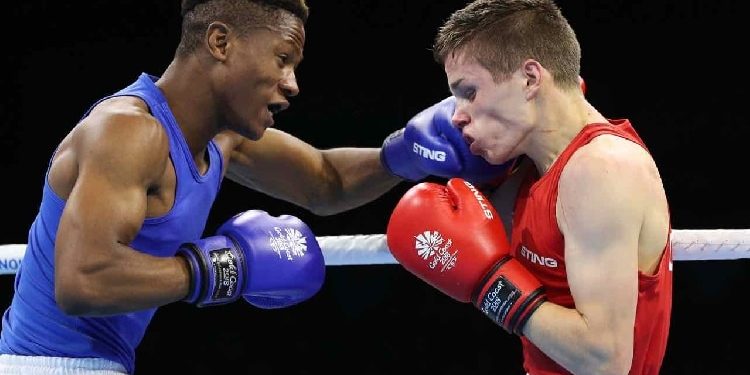 Namibia’s Jonas Junias Jonas delivered a superb performance to win the gold medal in the 64kg light welterweight category at the 2018 Commonwealth Games on Saturday morning.

Jonas dominated the fight from the start with his speed and precision to win a unanimous points decision, 5-0.

It was the first and only medal that Namibia has won so far at the 2018 Commonwealth Games which come to an end on Sunday.

Namibia will still compete in the marathons on Sunday with Helalia Johannes, Leena Ekandjo and Lavinia Haitope competing in the women’s race and Paulus Iiyambo, Reonard Namupala and Uveni Kuugongelwa competing in the men’s race.

In the men and women’s cycling road races on Saturday, Namibia failed to make an impression.

Chloe Hosking of Australia won the race in 3:02:18, with Georgia Williams of New Zealand and Danielle Rowe of Wales coming second and third in the same time.

In the Men’s Road Race, Tristan de Lange was Namibia’s best cyclist, finishing 36th overall in 3:59:35, which was 2 minutes 34 seconds behind the winner, Steele von Hoff of Australia (3:57:01). Jonathan Mould of Wales came second in the same time and South Africa’s Clint Hendricks third in the same time.