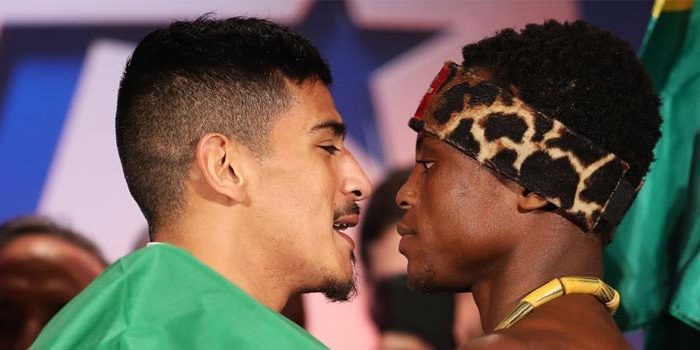 WBO world super bantamweight champion Jessie Magdaleno and undefeated challenger Isaac Dogboe both made weight ahead of Saturday night’s showdown at the Liacouras Center in Philadelphia, Pennsylvania, live on ESPN.

The build up to the bout has been rife with trash talk. Both fighters are promising a spectacular KO victory on Saturday night. Magdaleno-Dogboe represents one of the finest matches that can be made between two young, hungry fighters in the lower weights.

The 27-year-old Magdaleno will be making the second defense of his world title. Dogboe, 23, won the interim title last January, when he stopped Cesar Juarez in five rounds.