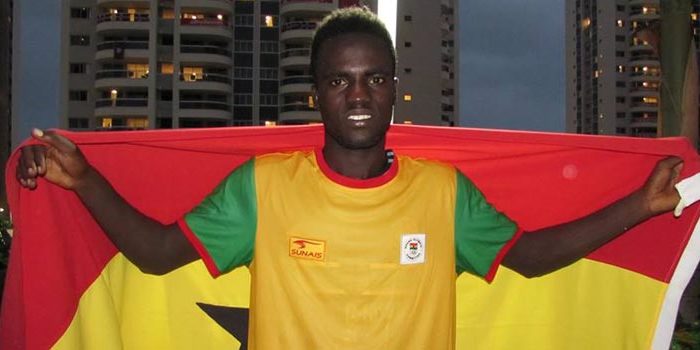 Abdul Wahid Omar, one of Ghana’s biggest hopes of getting to the medal zone, lost his first fight at the 21st Commonwealth Games to Australian Harry Garside by a 5-0 unanimous decision at the 60kg weight division.

The Ghanaian flag bearer at the Games, who had also been to the last Olympic Games in Rio, Brazil, suffered a headbutt early in the bout. According to Coach Ofori Asare, it affected his focus and direction, while the home fans also cheered their boy to victory.

Wahid is not perturbed as he understands the sport and want to support any of his colleagues to fight to the medal zone.

He revealed his plans to continue representing Ghana and hopes to participate in the next Olympic Games in Tokyo 2020 before joining the paid ranks.

He trains under Coach Asare at the Wisdom Boxing Club (WBC) in Accra, where the likes of Bastie Samir and Issa Samir also sweat out.

“I’m out of the 2018 Commonwealth Games, but life continues and I hope for bigger and greater achievement,” said Wahid, who won the bronze medalist at the Glasgow Games in 2014.

Abubakar Quartey also lost to a Mauritius opponent in the 69kg weight class by unanimous decision.

Only three Ghanaian boxers remain at the Games.