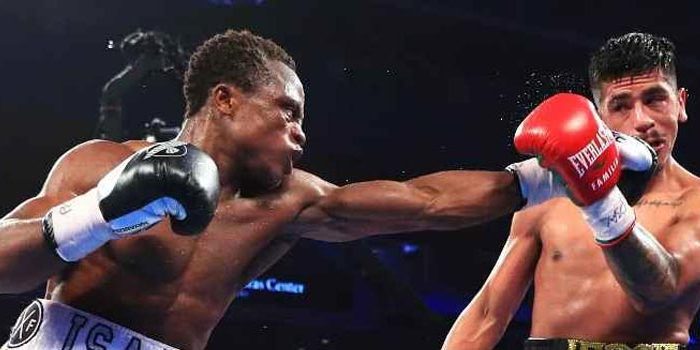 Ghana, you have a new world champion! Isaac “Royal Storm” Dogboe overcame a knockdown in the first to register three of his own, scoring an eleventh-round TKO over previously-undefeated Jessie Magdaleno.

Dogboe, 19-0 (14 KOs), is now the new WBO world super bantamweight champion. He gained an army of fans from the 3,797 who witnessed this dramatic fight unfold at the Liacouras Center in Philadelphia, Pennsylvania, not to mention the many who watched the Top Rank-promoted card on ESPN. 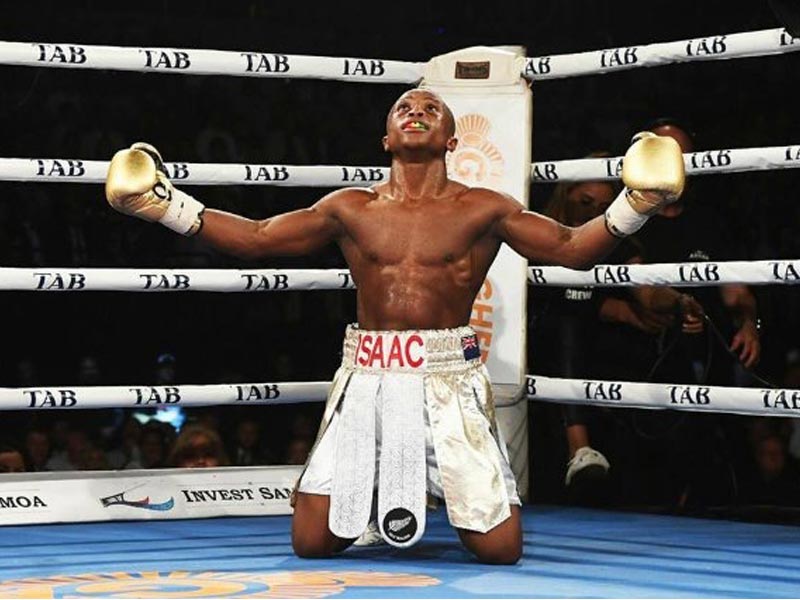 However, it didn’t look so promising early on. The challenger confidently came forward in the first, working behind the jab. He maneuvered Magdaleno toward the ropes and unleashed a combination, leaving himself open for a short left cross from the southpaw. Dogboe tumbled to the canvas for the first time in his career, more stunned than hurt.

Following a close second, Dogboe slowly took command of the fight. He continually worked his way inside and unloaded to Magdaleno’s body in combination. The champion had his moments. Another straight left in the third appeared to briefly stun Dogboe, but he took it well.

After a strong fourth, Dogboe opened the fifth with a beautiful counter, overhand right. Magdaleno crumpled to the canvas, needing nearly every second before making it to his feet. Dogboe battered him around the ring, pillaging Magdaleno to the body. But the champion showed grit, covering up and motioning for more. Dogboe obliged.

Dogboe continued to plug away in the middle rounds. Not only was he the stronger boxer, he exhibited better technique, countering Magdaleno’s leads upstairs and punishing him to the ribs.

Magdaleno found his second wind in the eighth, landing a left to the body that briefly slowed Dogboe’s charge.

But the Ghanaian would not be denied.

A hard right to the body caused Magdaleno to sag against the ropes in the tenth. The punches, particularly the ones to his midsection, were taking its toll.

Dogboe, smelling blood, came out firing in the eleventh. A beautiful right uppercut to the solar plexus dropped Magdaleno for the second time in the bout. He made it to his feet, wincing as he rose. 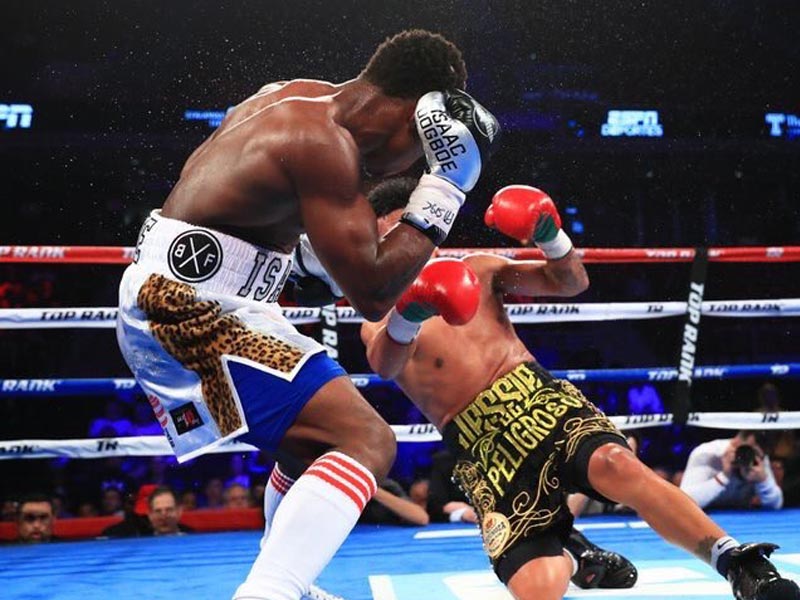 Dogboe pounced, wailing away to the head and body until two more body shots dropped Magdaleno a third time. Referee Benjy Estevez Jr. wisely stepped in at 1:38 of the round.

The dethroned champion was gracious in defeat. There had been plenty of trash talk on social media during the build up to the fight, but mutual respect afterward.

“He was the better man tonight,” Magdaleno said. “He took advantage of his opportunity and I wish him much success in his career.”

Dogboe apologized for any comments made pre-fight that may have offended. The two embraced afterward. 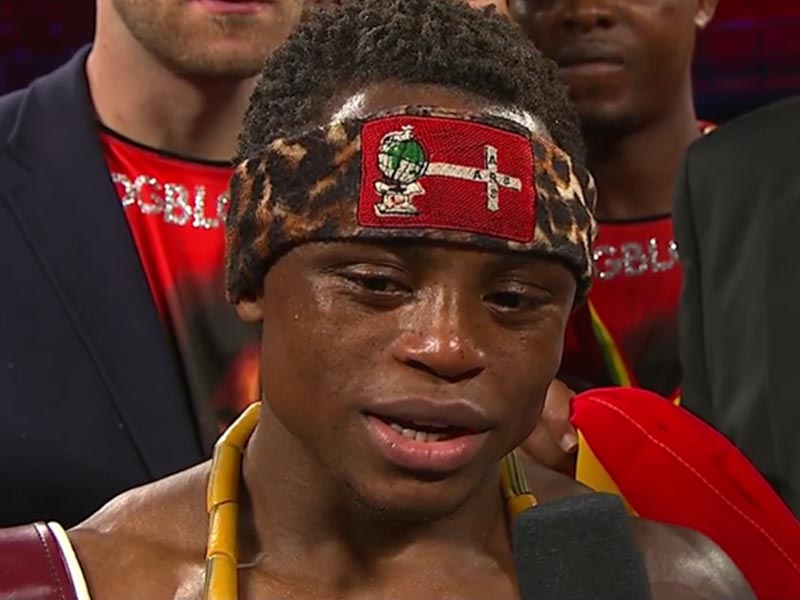 “Not by my power nor by my might,” the new champion claimed. “We must give all glory to God. Magdaleno is a tough fighter. I remember sparring him when I was 4-0. He is a great fighter. And he treated me well.”

There was talk of a rematch immediately after the bout, but that won’t be resolved any time soon. For now, Ghana can rejoice in her new champion. One who made the nation proud on the world stage.