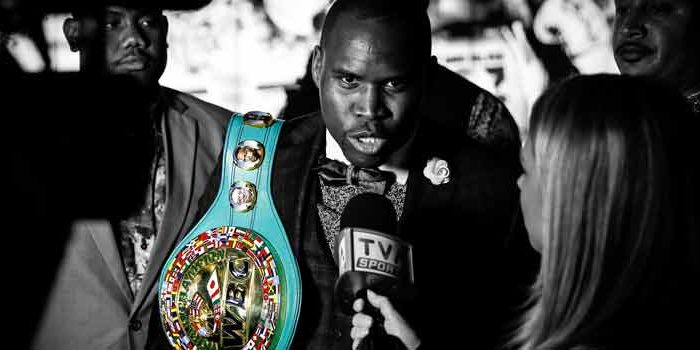 The showdown between Stevenson and Jack is one of the most intriguing matches in the light heavyweight division as Jack, a former 168-pound and 175-pound champion, has relinquished his title for the chance to challenge one of the hardest hitters in the sport. Both men are looking to make their claim as the class of the division.

Stevenson vs. Jack is part of a split-site SHOWTIME CHAMPIONSHIP BOXING® telecast beginning at 10 p.m. ET/PT with featherweight champion Gary Russell, Jr. defending his title against mandatory title challenger Joseph Diaz from the MGM National Harbor in Maryland on Saturday, May 19.

Tickets for the Toronto show, which is promoted by Groupe Yvon Michel, Lee Baxter Promotions and Mayweather Promotions, are on sale Friday, April 27 and will be available at www.ticketmaster.ca.

“It is the second time that we will come to Toronto to promote a WBC world championship fight with Adonis Stevenson,” said Yvon Michel, President of Groupe Yvon Michel. “If you found the first event to be spectacular, be sure not to miss the second one as it will be a real firework! Badou Jack is a two-division world champion and an Olympian. He is dangerous and by far the biggest challenge for Adonis since he won the title against Chad Dawson in 2013. We are confident that ‘Superman’ has what it takes to defend his title successfully for the ninth time.

“I would also like to give thanks to our co-promoter Lee Baxter. This event would not have been possible without his collaboration. In addition, I am grateful for Lee and Wayne Zronik from MLSE, who are providing great support for this event and has opened the doors of the Air Canada Centre to us.”

“Mayweather Promotions is looking forward to partnering with Groupe Yvon Michel to pull off this highly anticipated matchup,” said Leonard Ellerbe, CEO of Mayweather Promotions. “Adonis Stevenson has been a reigning champion in this division since 2013. Badou Jack has risen to every challenge he’s faced in his career. Now, he has an opportunity to become a three-time world champion and that raises the stakes for him. I predict two confident, hard-punching and highly skilled fighters will enter the ring at Air Canada Centre on May 19, both determined to walk away a champion.”

“We are looking forward to hosting this spectacular event at Air Canada Centre,” said Wayne Zronik, Senior Vice President, Music and Live Events at Maple Leaf Sports & Entertainment. “It is the first title fight that the venue will host. We’ve worked with this group before to bring world class boxing to the city and are excited for the return of championship boxing to Toronto, and to Air Canada Centre in particular.”

Stevenson (29-1, 24 KOs) owns one of the most powerful left hands in boxing and goes by the ring moniker “Superman”. The 40-year-old Stevenson has made eight successful defenses of his title since winning it with a knockout victory over Chad Dawson in 2013. The lineal 175-pound champion most recently defended his title with a second-round stoppage of Andrzej Fonfara last June and delivered a third round TKO over Tommy Karpency in his most recent defense in Toronto in 2015.

“I’m definitely excited and hungry to get into the ring and perform,” said Stevenson. “I’ve trained very hard for this fight against Badou Jack. I’m looking forward to winning this fight by knockout. I’m from the Kronk Gym and we always look for the knockout. Jack is a good, technical boxer. He was a world champion and he has done very well. He’s tough and I won’t underestimate him. I’ll be prepared for anything he brings in the ring.

“I’m fighting him at home in Canada, so I’m looking to give the fans a good show. I’ve got power and I’ve got the best left hook in boxing. I’ve got 12 rounds and I just need to touch you once to end it. It’s not complicated. I don’t need three or four shots. I just need one shot and you’re not going to recover. I’m going to finish you.”

The 34-year-old Jack (22-1-2, 13 KOs) relinquished his 168-pound world championship following a majority draw against James DeGale in 2017 to move up to light heavyweight. He made a successful debut at 175 pounds by knocking out Nathan Cleverly for the light heavyweight championship last August. Jack then relinquished that title to seek out this challenge against the division’s heaviest hitter. Born in Stockholm, Sweden, a 2008 Olympian for his father’s native Gambia and now residing in Las Vegas, Jack is looking to become a three-time world champion on his opponent’s home turf on May 19.

“I’m excited to have the opportunity to fight for my third world title against one of the division’s best, Adonis Stevenson,” said Jack. “I’ve been asking for this fight for a long time and was willing to fight him anywhere, including his backyard. I know he’s good and very dangerous and that’s the reason I want to fight him. I’m all about the best fighting the best and come May 19th, I’m bringing the WBC belt back to Las Vegas. My newborn son, Malik was born just before training camp so now I have two children to fight for, which gives me all the motivation I need to get this win.”